FE lecturers gear up for strike to break pay freeze

A lecturers’ strike is set to hit further education colleges across England on Tuesday 10 November. The bosses’ Association of Colleges has recommended a pay freeze for 2015/16.

Some 74 percent supported strikes to fight the attack in a recent ballot.

The union is demanding a £1 an hour rise for all workers. This follows six years of pay cuts as well as attacks on jobs and conditions.

The strike will be a chance to express the anger that workers feel at the attacks on education. Forcing down pay means a worse education for students because it risks driving experienced teachers out of the profession and demoralising those who remain.

Many workers want to fight because they want to defend education.

According to Margot Hill, a UCU National Executive member, “Pay is a real issue for further education teachers.

“We have seen our pay eroded year on year as funding for the sector is cut, workloads increase and those most in need of a second chance are excluded as fees replace funding.

“The government’s area reviews of FE provision are all about further marketisation, closures and cuts to provision.

“We have two weeks to build the strike and we need to campaign on the basis that the fight for pay is a fight for the future and funding of FE.”

The union plans to march on the Department of Business, Innovation and Skills on the strike day. Other trade unionists, students and campaigners should join them.

UCU members should organise branch meetings to discuss the action and fight for the maximum involvement of workers.

They can build alliances with workers in other unions who will also want to resist the attacks. An overwhelming 95 percent of Unison union members working in colleges have also rejected the pay freeze in a consultation.

It could declare an official dispute.

There is the potential to build a broad based campaign to defend education—and workers.

Workers at Leeds City College could ballot for strikes over job cuts. College bosses’ plans to save money mean around 300 workers face job or pay cuts.

The UCU union was set to meet this week to discuss its response. Some 66 teaching roles have already been cut this year.

Support workers at the Open University

Over 500 jobs are at risk. Some 81 percent voted in favour of taking action against the cuts in a consultative ballot.

The strike ballot ends on 5 November.

Will the Open University become a call centre campus? 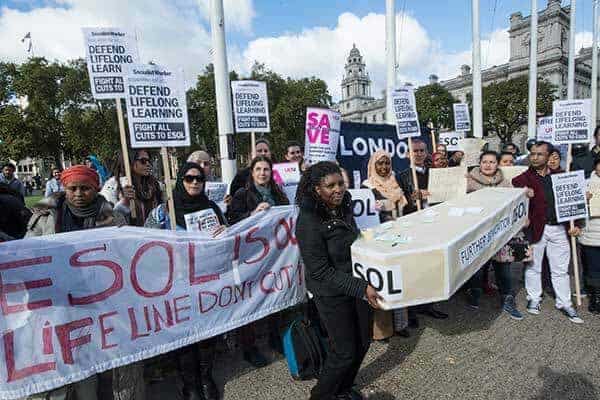 Colleges in England to strike over pay