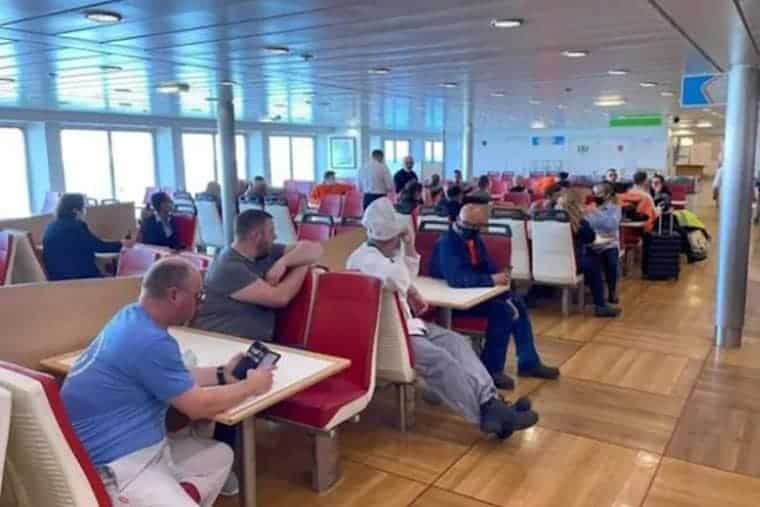 P&O Ferries has sacked its entire seafaring workforce of 800 people with immediate effect. Workers have refused to leave the ships and are fighting for their jobs. In Dover dozens of workers who lost their jobs were standing on the road with banners and flags saying, “Stop the P&O Jobs carve up,” on Thursday afternoon.

One of the protesters, who had worked for the company for decades, told the PA news agency, “I refuse to move from this road, all this service for nothing. The police will have to take me away.”

Staff will be replaced by agency workers, in a move that unions have called “outrageous”. P&O’s parent company, DP World, last week announced profits for 2021 up 25 percent to over £1,000 million. That’s nearly £3 million a day.

There should be ship occupations, sit-ins and mass protests at every P&O port, blockades of its ships—and no “business as usual” from other unions. This has to be a line in the sand against job cuts, otherwise other bosses will do the same.

The firm said it had suspended all ferry sailings “for the next few days” as it hopes to bring an entirely new lower-paid workforce, which can be used as and when bosses demand. The Telegraph newspaper reports that P&O hired a private security firm to provide backup when the sackings were announced. The firm was asked to send 16 handcuff-trained officers to the Port of Dover in case of a “backlash” among staff.

At Larne in the North of Ireland, Gerry Carroll, the People Before Profit assembly member for West Belfast, says P&O sent “heavy security to remove staff”. They reportedly had handcuffs, tasers and balaclavas.

Soon after bosses told workers they were being sacked, they sent an email that detailed their severance package.

It said that in order to receive an enhanced pay-off workers must sign it by the end of March—in two weeks’ time.

One worker said, “If we don’t sign it, then we get the statutory severance package, which is three times smaller than what the enhanced one is.” It’s disgraceful blackmail. The unions have to say the jobs will be saved, not talk about redundancy money.

P&O operates routes from Dover, Tilbury, Hull and Teesport to France, as well as routes from Liverpool to Dublin and Cairnryan (in Scotland) to Larne. 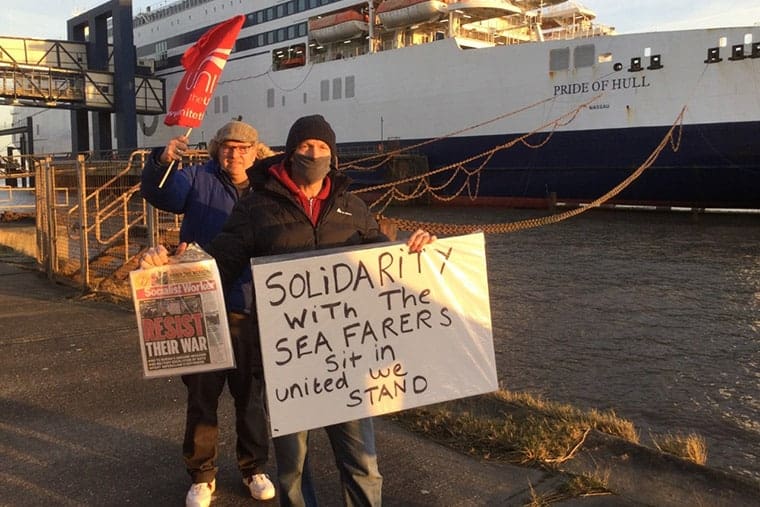 Mick Lynch, the RMT union’s general secretary, said, “We have instructed our members to remain on board and are demanding our members across P&O’s UK operations are protected, and that the secretary of state intervenes to save UK seafarers from the dole queue.”

Following its remorseless capitalist logic, P&O said it was “not a viable business”. “We have made a £100 million loss year on year, which has been covered by our parent DP World. This is not sustainable,” it said.

Yet announcing soaring profits last week, group chair and chief executive officer Sultan Ahmed Bin Sulayem said, “Overall, we are pleased with the 2021 performance and looking ahead to 2022, we expect our portfolio to continue to deliver growth.”  DP World runs two of Britain’s freeport schemes.

The company had seized on the pandemic as a chance to savage P&O workers’ rights. In April 2020 it demanded that workers’ pay was cut to a “more sustainable level”. It also said it wanted to reduce occupational sick pay, slash redundancy payments to the statutory minimum, introduce a no-strike clause, remove long service benefits and remove the profit share scheme.

It then announced mass redundancies while grabbing millions of pounds from the furlough scheme. If DP World won’t guarantee every job on the present pay then it should be nationalised. The RMT raised this demand two years ago. It has to fight for it now.

The Financial Times newspaper’s premier commentator, called Lex, knows the importance of the debate. “P&O Ferries has brought a brutal end to a lengthy truce between labour and capital in the UK. Tactics as aggressive as these have rarely been seen in a UK labour confrontation since the Wapping print workers strike of 1986.” There hasn’t been a truce, there has been a one-sided class war. But the sense of a crucial battle is right.

There is a huge danger that the campaign goes down the road of xenophobia and racism. Lynch spoke of the plan to “sack UK seafarers and replace them with foreign labour”. Nautilus union general secretary Mark Dickinson spoke of a “betrayal of British workers”.

Nautilus did good work in opposing part of the Nationality and Borders Bill that threatened to make seafarers’ rescuing refugees a criminal offence, and won some concessions. Unions must not seize on divisive arguments in the false belief this will make them more popular.

Socialists should fully back a militant fight, including occupations and blockades, to demand no job losses and nationalisation of the ferry services under democratic control.

The RMT and Nautilus must not be held back by anti-union laws or anti-protest restrictions. But it’s crucial to say that “foreign” workers are not the enemy. They are welcome and should be paid the same rates of pay and have the same conditions as workers now.

Mark Canet-Baldwin from Hull told the BBC he was hired a week ago to work as onboard services manager on a new ship sailing in British waters. But the agency couldn’t tell him anything about the ship.

He was put up in a hotel in Glasgow and then driven at 5.30am to an undisclosed location, which turned out to be the P&O dock at Cairnryan.

Their bus stopped to pick up a security detail of a dozen guards, “all in black, big handcuffs on the back of them”, Mark says.

When they arrived, some agency staff knew the P&O workers as former colleagues and got in touch.

“People on board were just devastated,” Mark says. “It was just horrible, we were appalled, there was just a general feeling of uneasiness on the bus and we felt we were like traitors to the cause or something.”

One sacked P&O staff member had just taken out a mortgage, he says, and they had all been expecting to arrive home for two weeks of leave, not redundancy. “I’ve got kids and I started thinking about them. In this day and age you’ve got to have morals, you’ve got to have ethics,” Mark says.

He says he took off his hard hat and overalls and, along with three others, got off the bus and went home. 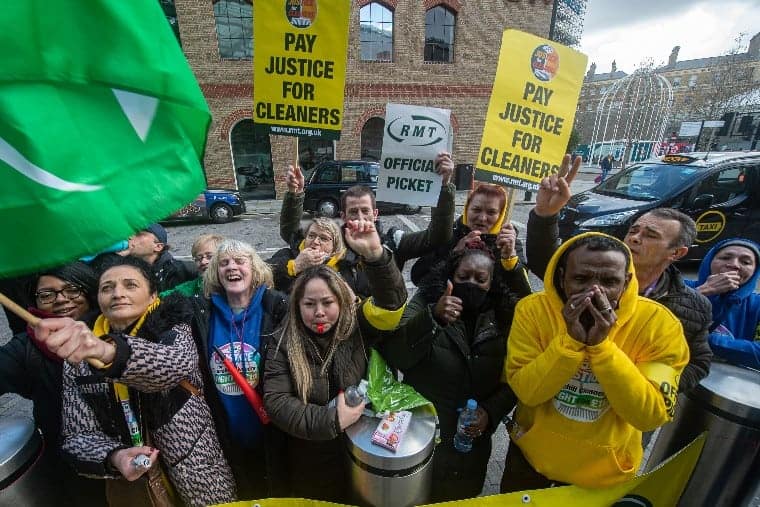 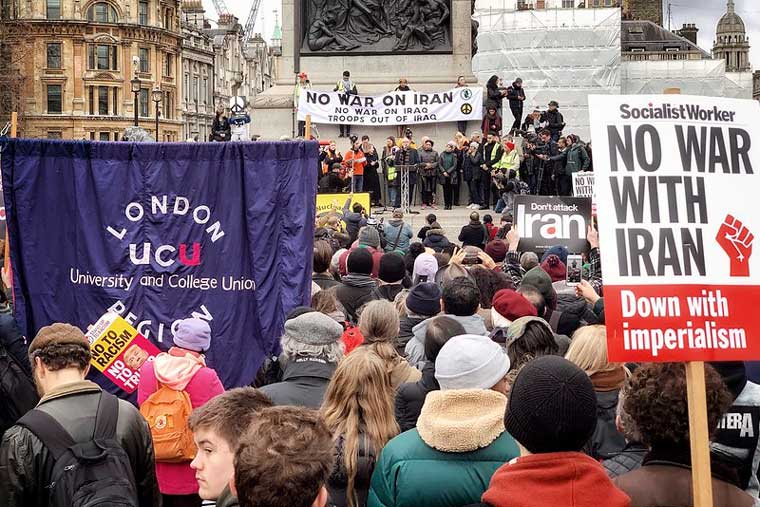