Tory prime minister Theresa May came out for a right wing, racist “Brexit” on Tuesday.

May scapegoated migrants for the problems that people face.

“As home secretary, I saw how you can’t curtail immigration numbers as a whole, while there is free movement from the EU.”

May added, “What I am proposing cannot mean membership of the single market.”

Since the vote to leave the European Union (EU) last June, the Tories have been torn between bigotry and the demands of big business.

Their friends in the City of London financial district wanted to maintain access to the EU’s neoliberal single market.

But the EU’s rulers made clear that it would mean keeping the freedom of movement for EU migrants.

The Tories’ right wing supporters and backbenchers—and many senior ministers—see slashing immigration as the main priority.

They are trying to win over Ukip supporters by ramping up racism. May tried to fudge these divisions with the meaningless phrases of “Brexit means Brexit” and “red, white and blue Brexit”.

Now, in an attempt to assert control, she has come down hard on the side of slashing immigration.

Now he has been forced to abandon these hopes—and is trying to placate big business with promises of giveaways (see below).

But this will not make the divisions within the Tory party disappear or solve the crisis for the ruling class.

May has come out with a clearer position. But time is running out for the Tories—who are committed to triggering the EU’s Article 50 process for leaving the EU in March.

May’s talk of making a Britain a “global trading nation” is steeped in delusion. The Tories will not simply be able to negotiate a free trade deal with the EU and the US.

The Supreme Court is likely to rule that MPs and Lords must approve triggering Article 50 in a parliamentary vote.

Another legal case is being brought forward in an attempt to block Brexit.

The EU’s Article 127 suggests there should be a separate process for leaving the European Economic Area, which includes some countries not in the EU.

This could slow the process for leaving the single market.

The danger is that opposition to May and her racism builds around a defence of the neoliberal single market. That’s what the Liberal Democrats—and some in the Labour Party—hope to do.

We have to seize on Tory weakness to fight for a socialist and anti-racist alternative that says, “Yes to freedom of movement, no to the single market”.

That means building a powerful movement against racism and austerity that can unite our side and take on the Tories and bosses. 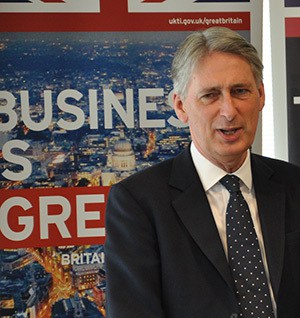 He pledged to make Britain into a low tax, low welfare society.

Many EU leaders saw Hammond as an ally in arguing for a “soft Brexit”, which would keep much of the present set up.

Now that’s off the table, they are unlikely to be sympathetic in negotiations.

Hammond is hoping to use the threat of a corporation tax and trade war with the EU as leverage.

He threatened, “If Britain were to leave the EU without an agreement on market access, then we could suffer from economic damage at least in the short-term.

“In this case, we could be forced to change our economic model.”

May echoed Hammond’s words in her speech when she said if the EU sought a “punitive deal” it would be “calamitous”.

This is part of a desperate attempt to prove to the City of London and big business that the Tories are still on their side despite abandoning the single market.

Top bankers last week resigned themselves to losing their “passporting” rights, which allows them to trade freely within the EU.

Yet the bosses will demand something in return.

Don’t line up with bosses

The Labour Party and most trade unions responded to Theresa May’s speech by attacking her for leaving the single market.

The Labour Party said that the Tories had breached their 2015 manifesto promise to stay in the single market.

Jeremy Corbyn said, “I think we need to have a deal that ensures we have access to the market.

“We have British jobs dependent on that market.”

Meanwhile Unite union leader Len McCluskey slammed “her determination to appease the hard right in her party and Ukip by talking tough on immigration”.

But he also made a dangerous concession to May’s racist scapegoating of migrants.

McCluskey said, “Real concerns over the freedom of movement can be addressed by sensible labour market safeguards without abandoning the single market.”

We need a robust defence of migrants’ rights and freedom of movement—without lining up with the bosses and bankers who want to defend the single market. 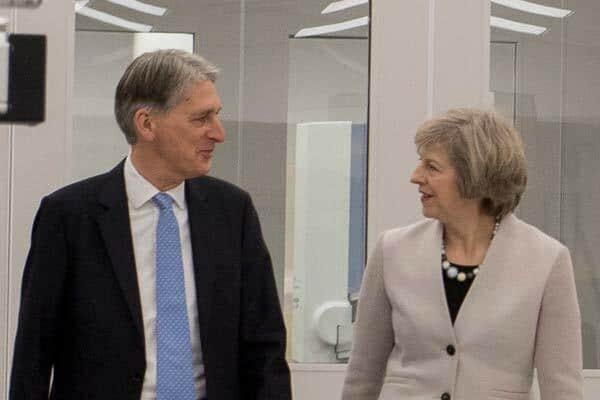