NHS bosses launched an attack on jobs and wages last week that threatens to open a door to slash staff on every ward in England.

This first attack will hit around 600 workers in Barts and Royal London Hospitals in east London.

“We have to fight this—wards need experienced nurses and it’s a massive attack on the lowest paid.”

The announcements came at the end of a 45-day consultation by management consultants McKinsey.

The number of sisters on each ward are to be cut from six to two. Nurses on specialist wards such as heart and lungs will be cut down to three.

The sister said, “It’s already very hard to get extra nurses for a shift as we have to justify staff.

“But some people are very sick and confused, and need one to one care. Staff levels must be based on patient need.”

Some of the lowest paid workers in the NHS are health care assistants who nurse patients but do not give out medication.

Bosses want to push them down from band three to two—snatching over £2,200 a year.

And band six nurses will lose up to £7,000 a year as they are downgraded to band five. This is the lowest band a  registered nurse can be.

Once wages have been slashed workers will no longer be entitled to pay rises based on experience and skills. Overtime rates will also be cut.

Bosses have offered three years’ pay protection in a bid to defuse workers’ anger.And the trust insists there will be no redundancies.

But the ward sister said, “The trust doesn’t want to pay for redundancies so they will offer people unsuitable jobs they can’t take.

“Just because you’re a nurse doesn’t mean you can do any job—it’s so specialised now.

“Nothing has been said about doctors, admin and clerical staff here but no one is safe.

“We must fight this now.”

Barts Health is in financial crisis because of the Private Finance Initiative used to rebuild Royal London Hospital and Barts (see page 17).

The trust has to pay £2 million every week to service the debt on the deal.

A recent survey by the Royal College of Nursing reveals that two thirds of nurses had considered quitting their jobs in the last 12 months due to stress. 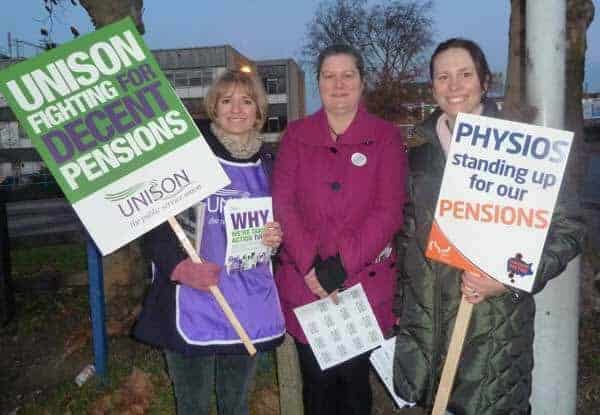