“THIS HAS been a long time coming. What else can the police expect when they treat people like this?” This was the response of Aftab, a local resident, after 300 people fought running battles with the police on Tuesday night of last week in the Harehills area of Leeds. Many of the media reports said that the event involved mainly Asian youths. But black people, Arabs, Chinese people and white people joined in the fight against police racism and violence.

The police sparked the clashes by stopping Hossein Miah on Sunday. He was stopped outside the local mosque and accused of stealing a tax disc. He was then arrested, taken to the local police station and CS gassed. This is not an isolated incident.

The police regularly stop Asian people and demand that they produce their car documents at the police station-a “producer”. “This was all about our life here,” said taxi driver Anjum Saddique. “It was about the fact that someone like me can get four producers in a week.” The residents of Harehills were no longer willing to allow the police to continue harassing Asian people. Around 150 people rallied outside the local police station. They left feeling angry and that justice had not been done. Anger People gathered to demonstrate their anger on Tuesday night but were attacked by police wading into people with batons and riot vans. The events escalated from there. We need to attack the idea that “Asian racism” is on the rise. The reality is people under siege, and it is black, white and Asian who are fighting back.

THE INQUEST into the death of black doorman Harold “Errol” McGowan began in the Shropshire town of Telford on Monday of last week. Errol was found hanged in July 1999 after a long campaign of racist abuse against him.

“You will be horrified to hear of the extent of the racial harrasment which Errol himself suffered and the effect it had on him,” Michael Gwynne, the coroner, told the jury at the inquest.

The inquest is not considering the deaths in similar circumstances of Jason McGowan, Errol’s nephew, found hanged on New Year’s Day 2000, and Johny Elliot, who died from hanging the week before the inquest began. John Booth, the manager of the hotel where Errol worked, told the inquest of “racial abuse from people passing in cars at the front of the hotel”. He then made gestures of gunfiring and throat slitting to show how Errol was threatened.

Anonymous telephone callers left messages for Errol saying, “He’s a black bastard and he’s dead.” Robert Boyle, the man alleged to be the leader of the racist gang that terrorised Errol, denied any involvement in the racist abuse. He denied approaching Errol in the street and telling him, “Your time is up.” He also denied that he had been with the group of men who drove past Errol’s workplace the night of his death, celebrating.

Errol was found hanging a few inches above the floor with the flex of an electric iron around his neck and tied to a door handle. The first paramedic on the scene spoke of how his “gut reaction” was that Errol had not been hanged but had died some other way because “there was very little tension on the ligature. It didn’t seem tight enough to have asphyxiated, in my opinion.” And yet the police immediately considered Errol’s death as suicide. The inquest will continue for the rest of June. 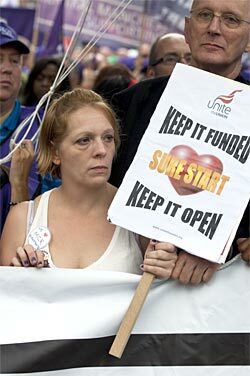 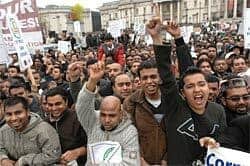