This article is over 18 years, 9 months old
BLACK PEOPLE are 27 times more likely to be stopped by police than white people. That's the findings of new research into how the police use the powers they got under the 1994 Criminal Justice Act. The act was aimed at tackling football hooligans or illegal ravers.
Downloading PDF. Please wait...
Saturday 26 April 2003

BLACK PEOPLE are 27 times more likely to be stopped by police than white people. That’s the findings of new research into how the police use the powers they got under the 1994 Criminal Justice Act. The act was aimed at tackling football hooligans or illegal ravers.

Under this law the police can stop people even if they don’t have reasonable grounds for suspecting them of anything. According to the new research, by criminologist Ben Bowling of King’s College, London, the power is 18 times more likely to be used against Asians and 27 times more likely against Afro-Caribbeans.

Professor Bowling said, ‘Wherever officers have the broadest discretion is where you find the greatest discrimination. That’s where the problems in police culture affect the decisions that are taken.’

A HIGH court judge last week heard of a catalogue of violence and intimidation against a Kurdish refugee family sent to live on a Scottish housing estate. Justice Moses said Britain was ‘shamed’ by the attacks on the asylum seekers. He said no one could fail to sympathise with the Gezer family who were subjected to ‘undisputed social intimidation and violence’.

The family of six were sent to the estate in September 2001 and were subjected to abuse and intimidation. They escaped to relatives in London but were sent back by the Home Office who denied them vouchers and benefits to force them back. Yet despite all this the judge refused to rule that the family should receive any compensation for their suffering.

THE government’s plans for foundation hospitals were dealt another blow last week. Jean Corston, the chair of the Parliamentary Labour Party, has told party whips she will not vote for legislation creating the two-tier hospitals. Corston has a record of loyalty to Blair and was a parliamentary aide to David Blunkett.

Party whips have told Tony Blair to brace himself for the biggest backbench revolt any government has seen.

A KEY London hospital has been plunged into a state of crisis by constant government pressure to modernise. Doctors and administrators at St George’s Hospital have been sacked, and are suing for unfair dismissal and libel. A former finance director at the hospital has made allegations of ‘creative accounting’.

Don’t give Brown credit on poverty

GORDON BROWN’S tax credit system has descended into chaos – a chaos which will mean some of the poorest people in Britain will not get money they desperately need. If you only get £130 a week then the extra £30 from benefits is absolutely crucial.

Many people face huge delays before they receive the new child tax credit and working tax credit which came into force this month. They are designed to give a small boost to low wage earners with children and to offset the costs of childcare.

Chaos is built into a system where around 7 million people are supposed to apply for benefits through complex and lengthy forms. Brown’s budget figures last week assumed that one million people would not get the money.

Janet Fox from North London told Socialist Worker, ‘I have been ringing the helplines several times a day. They’re always engaged or I’m kept hanging on waiting for someone. I never get the information I want even if I do get through. People I know have given up. I don’t have any idea what I’ll end up with at the end of it all.’

CLARE Short’s Department for International Development has awarded a £6.4 million contract to the right wing Adam Smith Institute. The contract was issued four months ago, but only recently uncovered by charities and unions.

The fanatical free market institute will ‘assist’ the South African government on privatisation work for three years. ‘We’re appalled that the British government allowed any taxpayers’ money – let alone £6.4m – to go to what is a highly political organisation like the ASI, which is a free market think-tank that prides itself as a pioneer of privatisation,’ said a Unison union spokesperson.

THE US sugar industry is using blackmail and threatening to bring the World Health Organisation (WHO) to its knees. It wants the US Congress to stop funding the WHO unless it scraps guidelines on healthy eating.

The industry is furious at the guidelines, which say that sugar should account for no more than 10 percent of a healthy diet. The Sugar Association, together with six other big food industry groups, has also written to the US health secretary, Tommy Thompson, asking him to use his influence to get the WHO report withdrawn.

Working right over the edge

LONG WORKING hours are ruining people’s lives. A new survey has revealed that working too long is having a disastrous impact on mental health in Britain.

Over 60 percent of the population are having personal problems because of working long hours, according to the Mental Health Foundation In the last two years the number of people working more than 60 hours a week has rocketed from one in eight to one in six – the highest level in Europe.

Your pay is falling behind

WE ARE getting poorer – and that’s official. Pay packets were outpaced by the rising cost of living for the year ending in February.

Average earnings rose by 2.5 percent while inflation on goods in the shops rose by 3 percent. Income has also been hit by rising national insurance and council tax. 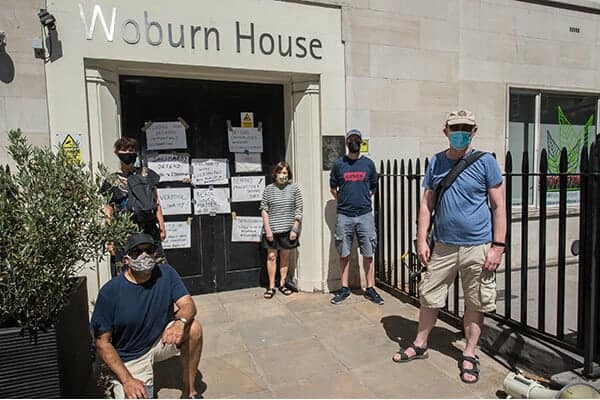 Get the real facts on Yunus Bakhsh case 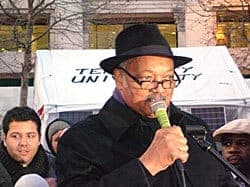