This article is over 10 years, 1 months old
The NUJ chapel workplace union branch at the Financial Times has voted to ballot for industrial action.
By Siân Ruddick
Downloading PDF. Please wait...
Tuesday 06 December 2011

The NUJ chapel [workplace union branch] at the Financial Times has voted to ballot for industrial action.

The chapel has rejected a 2 percent pay offer.

Management has proposed to keep back nearly half of a potential award of 3.5 percent and later award it to select individuals.

This has been seen as divisive and an attack on union collective bargaining.

One journalist at the Financial Times told Socialist Worker, “It’s just one thing after another. This isn’t just about the money, it’s about management taking the union seriously. This offer is the final straw.

“People won’t stand for it. The mood is stubborn and the vote to have a ballot was unanimous.” 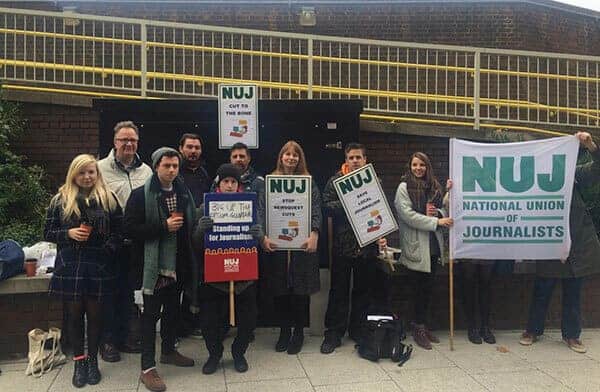 Remember to defend journalism on 5 November