Firefighters are better off outside Labour – and fighting for themselves

The firefighters’ FBU union was set to meet on Friday of this week for a recall conference in Blackpool. Delegates were set to vote on whether or not to

reaffiliate to the Labour Party.

The FBU disaffiliated from Labour in 2004 after its fight with the then-Labour government over firefighters’ pay.

FBU general secretary Matt Wrack was opposed to reaffiliation then—but he is arguing for it now.

In a circular to FBU members this month Wrack predicted three more years of cuts to the fire service. He said the FBU would have to keep campaigning against the cuts and the anti-union laws.

He argued that the election of Jeremy Corbyn as Labour leader “represents the best possibility in a generation of putting workers’ issues, including firefighters’, at the heart of politics.”

And he said the FBU could play a role in supporting Corbyn against the right.

But fighting inside Labour and waiting until the next election could become a substitute for action.

FBU member Simon Hickman said, “We’re looking at 2020 before Labour can get in. The Fire and Rescue service will be damaged beyond repair by then.

“During the pensions dispute we were told to wait for Labour and the general election. Now that’s happened, what now?”

Workers need political organisation. But reaffiliating to Labour won’t save jobs or fire stations in places such as Manchester, Northumberland and the West Midlands.

The circular was clear that the FBU should not affiliate to Labour in Scotland and Northern Ireland.

And it said that affiliation wouldn’t stop the FBU fighting cuts made by Labour-controlled fire authorities.

But the FBU could still end up tied to a Labour Party that doesn’t back firefighters or their action.

Simon said, “Some people have said that if the right get rid of Corbyn then we can just disaffiliate again. But I don’t think it’s that simple. Once we’re in, we’re in.

“You don’t have to be in Labour to support Corbyn’s policies. We can have as much effect outside Labour as inside it. We’re still talking to shadow ministers.”

He added, “It’s fantastic that there’s been a move to the left. But we’ve seen the limitations of Labour. It’s not the solution.” 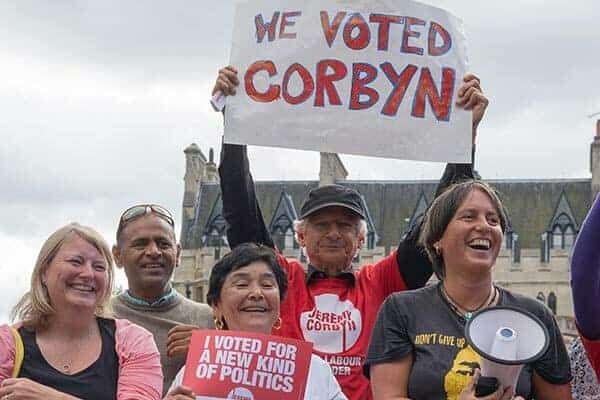