Workers at the National Gallery in central London began a five-day strike on Tuesday of this week.

The workers, members of the PCS union, are furious at plans to outsource 400 out of 600 jobs to a private company.

Gallery bosses announced plans last summer to privatise most workers, including those who guard the artworks and help visitors.

CIS Security wants to take over the running of the gallery, and is being paid approximately £500,000 for the task.

This will lead to a fall in pay and working conditions, and will force staff to leave.

The private company plans to make its profits by driving down pay.

Last month CIS was brought in to run the gallery’s Sainsbury wing for the rest of the year. Workers say this is a move to intimidate them.

The walkout comes after a 94 percent vote to strike on a 62 percent turnout.

The union is also campaigning for the London Living Wage.

The National Gallery is the only national museum in London to not pay the minimum wage to its workers.

What you can do to back the strikers 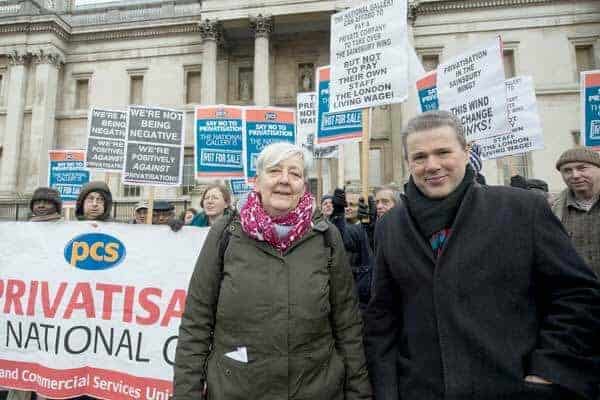 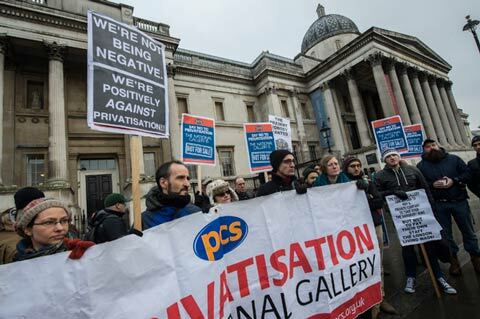 Strikers at National Gallery take on the union-busters