Workers walked out over “disgusting” welfare conditions on the construction site of a massive new power station last week.

Some 600 workers struck unofficially for five days at the site in Runcorn.

They returned to work after winning improvements to facilities, regular inspections and consultation with their unions.

They also won £250 for the time they walked out.

The new power station, the largest of its type in Europe, is set to be finished this month.

Workers held mass meetings each day of the action.

One worker said, “It is absolutely disgusting.

“There is a maximum of 12 toilets for 600 workers, while management have their own to use which are kept under lock and key.

“There is no hot water and they won’t even provide paper towels. I wouldn’t expect a dog to put up with the conditions at the site.

“Every day the vote to strike has been pretty much unanimous. We are standing together on this one.”

Another worker said, “Promises have been made, but nothing is ever done.

“We came back in on Monday to find there was no electricity and all the toilets were locked up.

“It was the last straw and we felt we had to take action.” 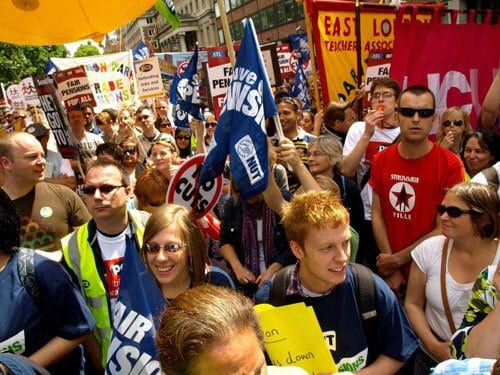