Teachers at Forest Hill School struck for the seventh time today, Wednesday, in a battle to stop savage cuts.

Labour-run Lewisham council wants the school to push through a £1.3 million cuts package. But NUT union members are standing firm against the attack.

Many of those striking stressed that the school is a community school, unlike a privately-run academy, and this is why they want to defend it. They also told Socialist Worker what the cuts would mean for the boys who study there.

Danielle and Lucia are teachers in performing arts. “I will not be able to do the things I currently do in Dance,” said Danielle. “We have five clubs at the moment, plus other groups. We’re looking at that changing to one club.

“We currently pay for a professional breakdancer to come into the school – it’s only about £400 a year. But we won’t be able to afford that anymore.”

Lucia said the changes would mean her having to carry out two roles instead of one. “A lot of people are leaving – it’s driving people out,” she said. “The place will start to disintegrate.”

Lucia said teachers would be expected to teach between three and four hours more a week than they do at the moment. This means less time for preparation, marking and contacting parents. 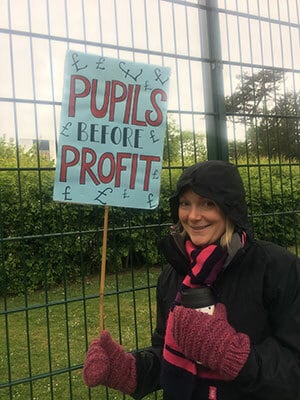 As striker Rebecca said, “I don’t think we’ll be able to do the job. I can’t be the teacher I want to be.”

Teachers said the cuts would transform the nature of the school.

“This is a successful footballing school,” said striker Rachel. “But now there is a new charge for the school to hire the playing fields from the council. Potentially the boys could lose access to them.”

Danielle said the most vulnerable children would suffer most. “We have children who come here from Syria who can’t speak English,” she said.

“The number of children here who need English as an Additional Language support is higher than average. Yet we only have one person providing it.

“Children with special educational needs are having support cut too. This will have a lifelong impact.”

The school currently spends around 10 percent of its budget financing a Private Finance Initiative debt. Teachers are furious that the council has refused to try and renegotiate this to cut the school’s deficit.

Maths teacher Chelston said, “That money should be going into the school. For it to be going to private firms is outrageous.”

NUT members have called nine more days of strikes throughout this month and in June. NUT members at Plumstead Manor School, in nearby Greenwich, also plan strikes on 16, 17, 24 and 25 May.

Together with parents Forest Hill teachers have organised a public meeting for Thursday of next week, which they have invited councillors to attend. Some councillors have signed petitions against the cuts and say they back strikers.

NUT rep Joe told pickets, “They are definitely worried. But they are trying to keep us at arms length. We have to continue to fight.”

As the Tories prepare to unleash brutal cuts on schools across England, the union should have a national response – and call national strikes. As Rachel put it, “My concern is that this is happening at Forest Hill before the funding formula cuts come in. I think it has to come to national strikes.” 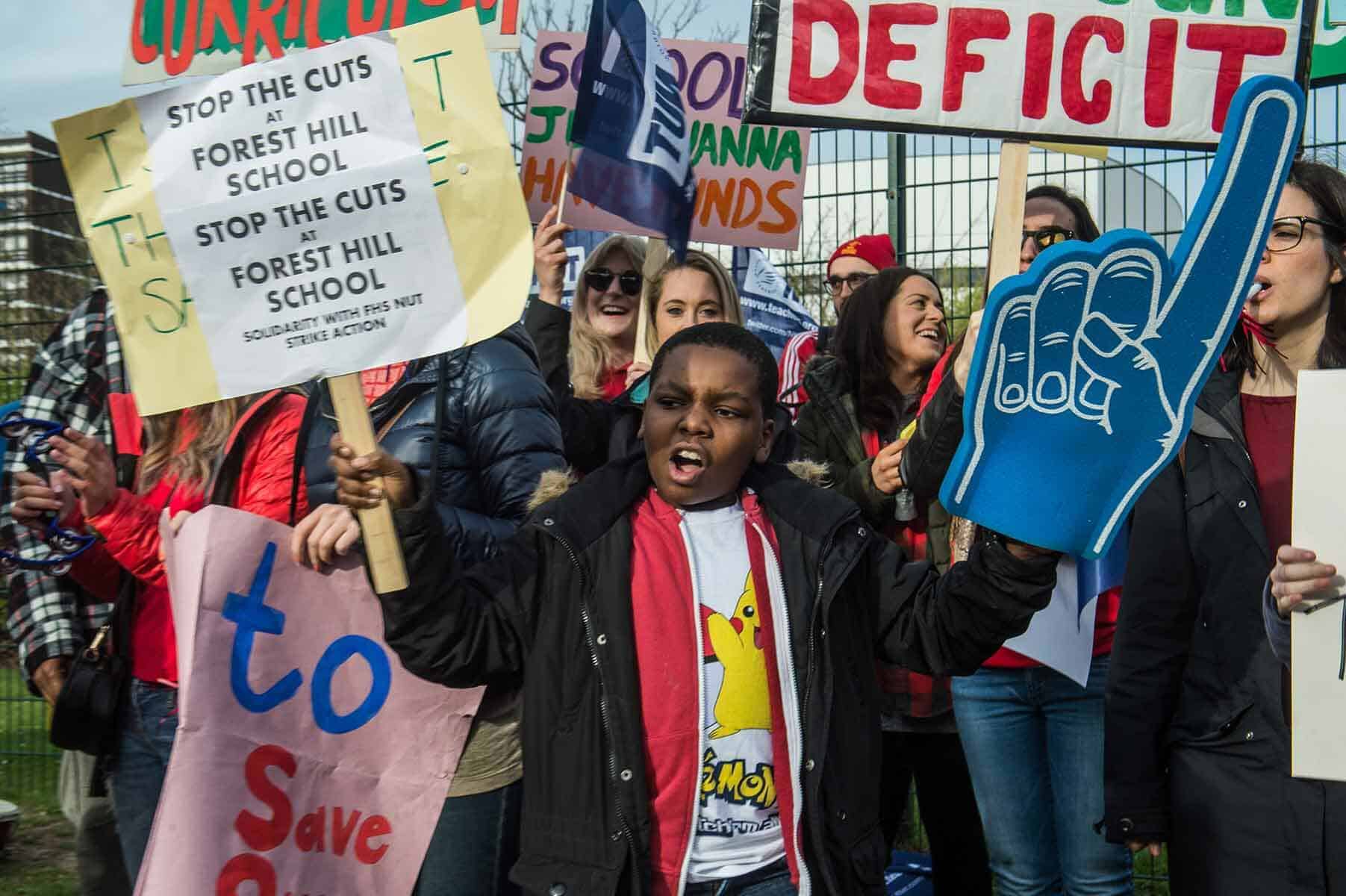 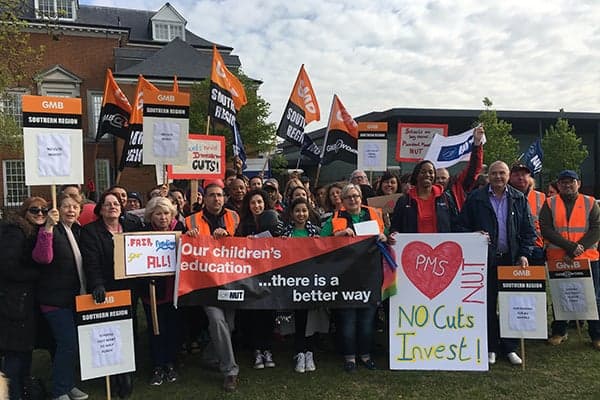