This article is over 4 years, 8 months old
By Sadie Robinson
Downloading PDF. Please wait...
Tuesday 16 May 2017

Strikers formed a noisy picket line at Forest Hill School in south east London today, Tuesday. It was the NUT union members’ eighth walkout in a struggle to stop cuts.

Strikers chanted, “Not our deficit—it’s our school, don’t mess with it,” and, “No ifs, no buts, no Forest Hill cuts.”

The school management has drawn up a £1.3 million cuts package with Lewisham council. One teacher told Socialist Worker, “What I love about Forest Hill School is that we are a family.

“We go above and beyond because we care about the children. I wonder if we’ll be able to do that if the cuts go ahead.”

NUT rep Joe said, “They have no idea what it’s like to work in a school. We know the time it takes to produce creative lessons. We don’t want to go back to the days when kids just sat with a textbook and answered questions.”

The cuts would mean fewer support staff, a reduced curriculum and cuts to enrichment activities. The number of teaching assistants (TAs) has already been slashed.

“When I started here four years ago I would have a TA in every year seven class,” said striker Kirby. “I don’t have any now.

“It’s very time consuming to prepare to teach children with different needs. And in the classroom my time is divided—I can’t be there for every child.”

Pickets were heartened by news of a victory at nearby Plumstead Manor School in Greenwich. Three days of strikes by NUT and GMB union members have forced management to retreat on planned cuts.

Some 34 posts were at risk to deal with a deficit, but nearly half have now been saved. There will be no compulsory redundancies.

And Greenwich council has agreed to extend the time in which the school’s debt has to be repaid from five to seven years. It has also increased a grant to the school. The NUT said workers had won a “significant victory”.

Forest Hill strikers, and parents who came to show solidarity with them, said this showed Lewisham council could intervene to stop the cuts.

The NUT said workers had won a “significant victory”

Joe said, “The council just seems to see us as a nuisance. They don’t seem proud of their schools, or to see any value in what we do.

“I think the council wants to wash its hands of schools and go for academisation.”

Parent Alice added, “The cuts are outrageous. The council should step in and extend the loan. They can renegotiate the debt—other councils have done it.”

Strikers are determined to defend education, but the council’s refusal to talk to them is hard for some. Workers plan further strikes but were meeting today to discuss their next steps as students begin exams.

Workers urgently need solidarity and support from other trade unionists and parents. And if other unions joined the fight it would pile more pressure on the council.

Kirby said, “I’ve often thought about whether I should leave the school, but I don’t want to leave. I want to stay and fight. We can’t stop now.” 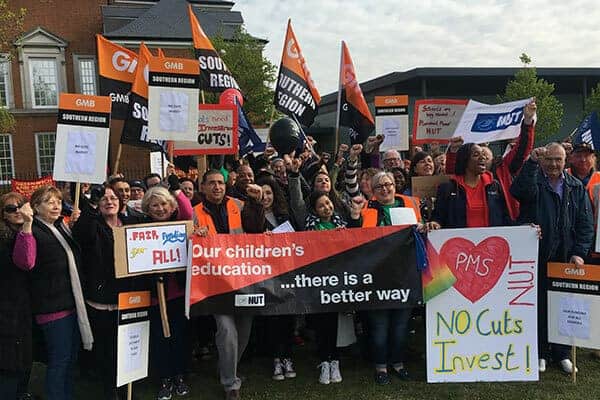 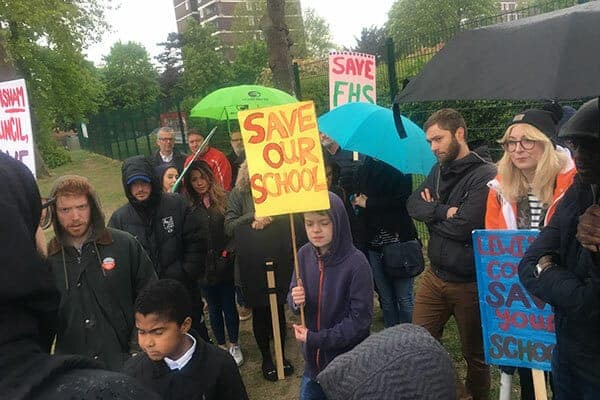 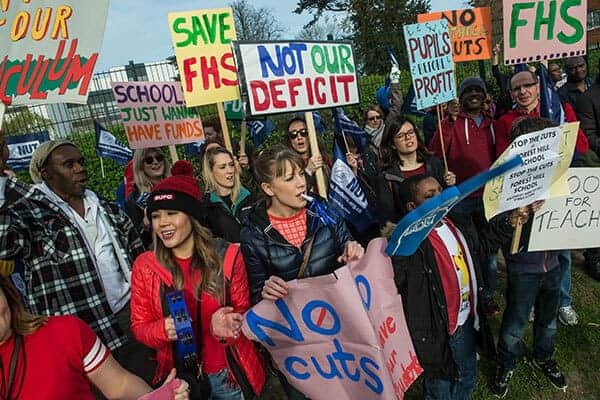