This article is over 15 years, 4 months old
Over 1,000 Royal Mail workers in four distribution centres across England have voted in favour of industrial action against heavy-handed management handling of changes to mail circulation.
Downloading PDF. Please wait...
Saturday 26 August 2006

Over 1,000 Royal Mail workers in four distribution centres across England have voted in favour of industrial action against heavy-handed management handling of changes to mail circulation.

Talks with management were held last week and CWU union reps from the offices affected were to meet with national union officials this week to discuss the next moves.

The largest unit by far is the Crick centre which, if it stops, would cause massive problems to the entire postal network.

A Northampton CWU member told Socialist Worker, “The mood at Crick is very angry about the way management have behaved.

“We hope that any deal will not just deal with the particular issue that sparked this dispute but the local issues as well.

“The treatment of people who are off sick is a major issue. People are called in for an interview if they ring up to say they’re ill, and if they don’t turn up then their pay can be stopped.”

It is crucial that the positive ballot for strikes is turned into action quickly unless Royal Mail backs off. 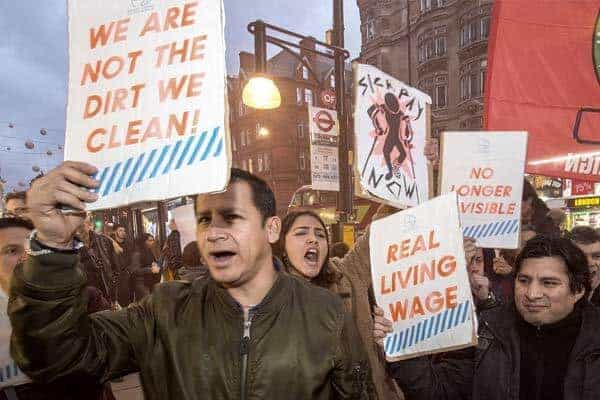 Join the revolt against low pay