A HAULAGE firm at the centre of the fuel price protest was accused last week of forcing drivers to work 100-hour weeks. An industrial tribunal in Scotland also heard that Neil Williams Haulage made one driver work a year without any time off. Last month the firm’s boss, Mark Williams, sent dozens of his lorries to join fuel protest convoys through Edinburgh. He said his aim was to protect workers’ livelihoods.

But at the industrial tribunal hearing one of Williams’s drivers, Peter McVie, claimed the firm was less concerned with drivers’ welfare than Williams made out. McVie took the company to the tribunal claiming he wasn’t paid four weeks holiday money. He also told the Edinburgh hearing that drivers regularly worked 80 to 100 hour weeks, and produced wage slips to back up his claim showing he had worked 100 hours. McVie said he finally quit the job after he was told it would be compulsory to work weekends. Williams denied the claims. The hearing was continuing.

READERS MAY remember the collapse of a walkway at the port in Ramsgate in Kent several years ago which killed six people and injured seven others. Two multinational companies, Fartysentreprenader AB and Fartygskonstrukinor, were convicted and fined 1.25 million for safety breaches.

But neither has paid a penny. They are not the only firms to fail to pay health and safety fines. In 1994 a tunnel on the Heathrow rail link collapsed. Austrian company Geoconsultants was convicted and fined 500,000, but has still to pay a penny.

RUPERT Murdoch has come up with a plan to try and head off moves to win back union recognition at his News International plant in Wapping. Under the new recognition laws once one “independent” union is recognised no other can apply for recognition.

So Murdoch’s company has applied to the government’s official certification officer to have the News International Staff Association recognised as an “independent trade union”. Very independent it is too. News International gave the association 250,000 to get going. One of the trustees in charge of the money is still a company representative.

THE US invaded Panama a few years back claiming that it wanted to get rid of the then dictator General Noriega. It now seems the US’s real motive may have been a scheme to turn the country into a safe haven for discredited US-backed dictators across Latin America. The country is now stuffed full of such dictators and former US clients from across the region.

Among the glitterati of the ex-dictators’ social scene in Panama are Jorge Serrani Elias, former president of Guatemala, Abdala Bucaram, former president of Ecuador, and former military leader of Haiti Raoul Cedras. No wonder there have been angry demonstrations in Panama City with people holding placards demanding, “We shouldn’t be the dustbin of the world.”

IF YOU ever get pulled over and breathalysed in Avon and Somerset and haven’t had a drink, perhaps the police will offer you one. Threshers off license is paying 10,000 to sponsor a police van and will have its logo splashed over the vehicle.

In Lothian and Borders, meanwhile, if you get fitted up at least you’ll know where to get legal advice. Police scooters are sponsored by a solicitors’ firm. A third case is even more bizarre. We know oil firm BP is trying to create a more “green” image…but sponsoring a police horse in Humberside complete with blankets showing the company logo?

THE BULLETS that have killed Palestinian children may have been sold to Israel under licences granted by the British government. The revelation comes while foreign secretary Robin Cook has been pleading for an end to “violence” in the Middle East.

The British government’s latest annual report on strategic export controls reveals that it licensed the sale of parts and equipment for US Apache helicopters to Israel.

These sales included “small arms ammunition” which could have been used to shoot down Palestinians from the helicopter gunships. Amnesty International says the gunships have been used “to violate the human rights of Palestinians in punitive attacks on civilians where there was no imminent danger to life”.

“ALL evidence suggests that plans to initiate the air campaign hastened the onset of the disaster.” These are the findings of an eight-month investigation by the all-party Commons Select Committee on Defence into the bombing of Kosovo . The committee’s report, Lessons from Kosovo, concludes that NATO air strikes “unarguably failed in their objective of averting a humanitarian disaster”.

“BRITISH meat boasts the very highest of safety standards. Farmers Weekly can think of no better way of celebrating that achievement than supporting our Roast and Toast day. We are calling on farmers and non-farmers alike to enjoy a meal of roast British meat, and to toast British farming.”

“WE DO not consider it morally indefensible to export meat and bone to other countries, since it may be used for feeding to pigs and poultry.”

“WE SHOULD take steps to prevent these UK products being fed to ruminants in other countries.”

“YOU DID not need a magnifying glass to see this rail was in poor condition. It was not a hairline crack-you could see it from ten metres away, and Railtrack had plenty of time to fix it.”

“BALFOUR Beatty very much regrets its part in the complex factors which led to the Heathrow tunnel collapse. We are currently working successfully with a wide range of clients, including Railtrack.”

“FAILING TO check the track before trains were allowed to run, exposing employees and passengers to risk of injury.” 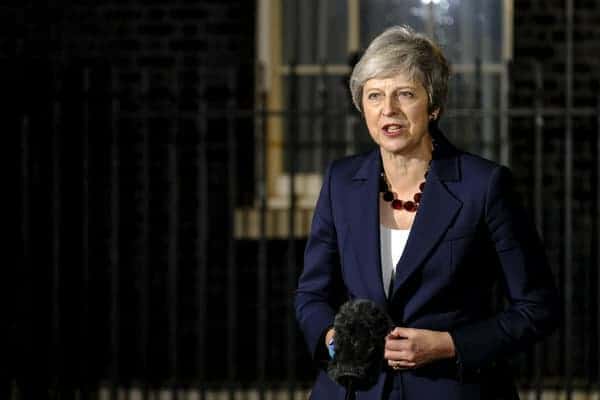 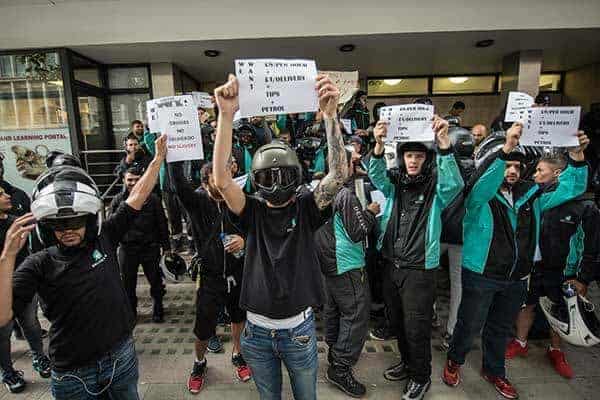