Fujitsu pensions fight is on

This article is over 12 years, 2 months old
Members of the Unite and PCS unions at the IT services giant Fujitsu are gearing up for a national fight over jobs, pay and pensions after voting overwhelmingly to take strike action over the issues.
By Matthew Cookson
Downloading PDF. Please wait...
Tuesday 03 November 2009

Members of the Unite and PCS unions at the IT services giant Fujitsu are gearing up for a national fight over jobs, pay and pensions after voting overwhelmingly to take strike action over the issues.

A national strike at Fujitsu would be the first in a major IT company in the UK, where workers are facing huge attacks.

IBM, Steria and CSC have also announced that they want to close their final salary pension schemes.

The unions were discussing the dates for action as Socialist Worker went to press.

Fujitsu imposed a pay freeze on staff without consultation, even where it had just agreed a pay deal with Unite for nearly 1,000 workers in Manchester.

They would then be re-engaged on new contracts, which Unite estimates will be roughly equivalent to a 20 percent pay cut.

It has put 6,000 staff at risk of redundancy, planning to make 1,200 redundant in December.

This makes it vital that Unite and the PCS call action quickly if the company does not back down.

Staff believe Fujitsu is taking advantage of the recession to try to push through cuts, despite making good profits here.

The parent company in Japan has just announced an “interim dividend” of around £42 million for shareholders.

Unite says its membership in Fujitsu has risen by over a third this year, and there are rapid rises in other IT companies too.

The vast majority of union members have never been involved in industrial action before.

Fujitsu provides IT services to many government departments and major companies.

There is a major attack on private sector pension provision taking place.

Politicians and the media are trying to promote a division between public and private sector workers in preparation for an onslaught on public sector jobs and pensions after the election.

A victory for Fujitsu workers would make a real difference to the prospect of successful campaigns elsewhere.

Email messages of support to [email protected]. A leaflet and collection sheet can be downloaded from » www.ourunion.org.uk 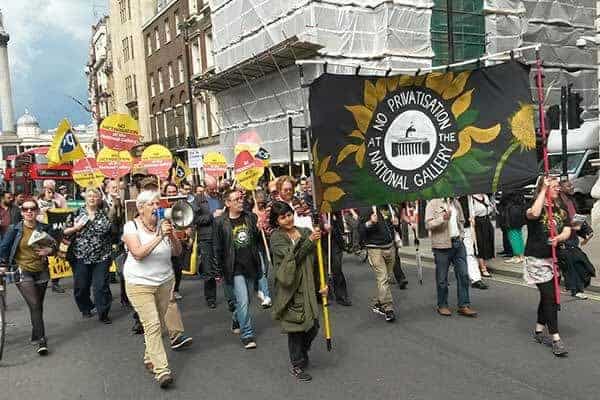 Defend the PCS union in Hastings 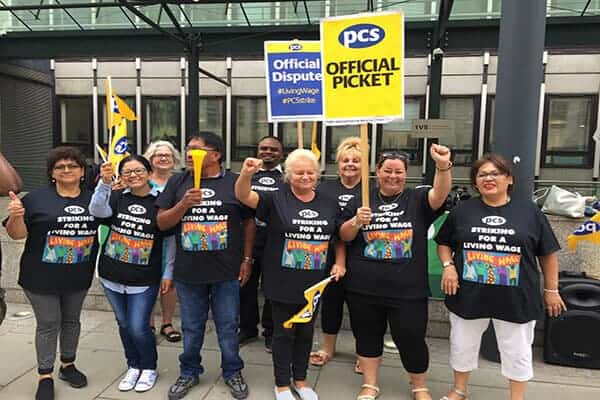