This article is over 16 years, 8 months old
Students at Exeter university held a Respect meeting with George Galloway MP last week. The 350 seat venue was packed to overflowing, while up to 100 additional students held an overflow meeting outside.
By Dom Beverley, Exeter University Respect
Downloading PDF. Please wait...
Saturday 29 October 2005

Students at Exeter university held a Respect meeting with George Galloway MP last week. The 350 seat venue was packed to overflowing, while up to 100 additional students held an overflow meeting outside.

At the start of this term, Respect had an impressive 85 members.

Galloway’s visit to Exeter university (a notoriously conservatively-minded place) transformed Respect into the biggest political society on campus — with 168 members.

The students’ union here did its best to hinder our progress, but our power and its weakness has meant it has only been able to make life awkward.

We were forced to pay for the venue for the Galloway meeting, provide our own security and had been denied status as an official university society.

After the main meeting, Galloway gave a question and answer session on the lawn outside for about an hour.

The campus media is filled with information on the event, and everywhere I go people say, “You’re that Respect guy.”

While people used to complain that this place was a “conservative playground”, now the story is different.

The students’ union has finally backed down and admitted that we are eligible for society status.

We have several forums, meetings, film showings and organised social events planned, and are setting our sights as high as we can.

After Christmas we hope to have at least one more big name on campus. 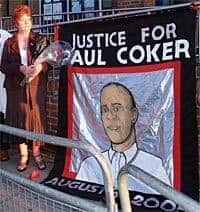 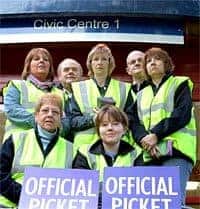 What kind of movement can end climate change?