This article is over 16 years, 4 months old
"We're not interested in redundancy — we want our jobs back."
Downloading PDF. Please wait...
Saturday 03 September 2005

“We’re not interested in redundancy — we want our jobs back.”

That was the defiant message from one group of women workers on the Gate Gourmet picket line at the start of this week.

“It’s been three weeks and we know we have support,” said one woman, who has worked for Gate Gourmet for eight years.

“But at the moment there is no guarantee that we will get back. And if we get back in, the company wants to impose all the attacks on sick pay, wages and conditions that we rejected two months ago.

“The union should say now that this is unacceptable. What we really need is to be back employed by BA. Enough of this outsourcing.

“And enough of this government. I’ve voted Labour all my life, but Tony Blair is the bosses’ friend, especially the friend of greedy bosses.”

A sacked driver says, “The union says there are problems in getting action in the airport. I’m sure that’s true. But we have to push for it and work to overcome those problems.

“The best thing this week would be if instead of people sending letters back saying they are interested in redundancy we got together in a proper mass meeting, with no media, to discuss how we all respond as one.

“We should be making decisions together, as the sacked workers. And we should be speaking to others to win solidarity.”

“There are lots of toots of support when people pass the hill we are on,” says one young worker. “But we’ve also got to think about how we stop supplies and the agency scabs going in 500 yards away at the factory.”

These are snapshots of scores of discussions among the sacked workers about how they want their fight to proceed. The tremendous solidarity action by BA workers three weeks ago has left a legacy.

Many workers do not see it as a one off, believe it would have ended the dispute quickly had it continued and want to see that kind of action again, despite the anti-union laws.

With mortgage payments and bills looming, financial pressures are growing. A huge wave of support is crucial to both maintaining the workers’ stand and developing the conditions in which the argument for renewed solidarity action can gain ground. 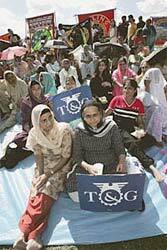 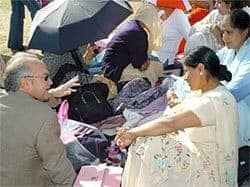