Catalonia was shut down today, Tuesday, by a general strike of workers and a “stoppage of the nation” by civil society.

Millions of Catalans are furious at the Spanish state’s savage repression of their referendum on independence last Sunday.

Despite Spanish courts banning the vote and cops injuring hundreds in an attempt to stop it, more than two million voted by 90 percent for independence.

The strike was initially called by left trade unions. But it was later backed by a wide coalition of independence groups, the big unions and even some bosses’ organisations.

Crowds of activists blocked up to 50 roads across Catalonia on the strike day and set up barricades of tyres or used ballot boxes. Public transport was reduced to an absolute minimum.

Firefighter Pau Serra told Socialist Worker, “The strike has been a success. I’ve walked all over Barcelona and everything is shut except for small cafes.” 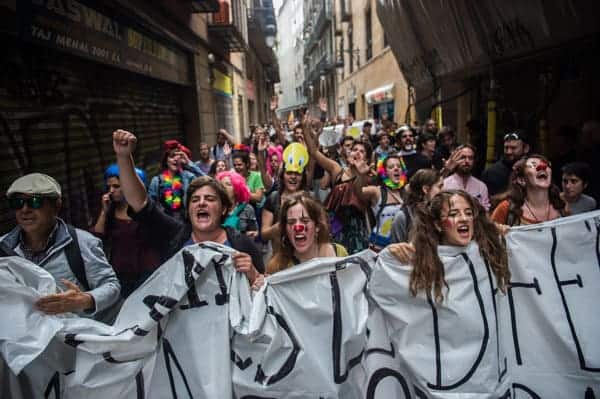 Barcelona docker Albert Gil told Socialist Worker, “The dock workers are part of the people and we will be with the people in the difficult moments.”

Major food markets were silent and farmers paused their harvest.

Some bosses closed their workplaces voluntarily. Others had it done for them.

Community “pickets” burst in to shops and restaurants to shut them down, or blocked the access roads into industrial estates. These activities were largely organised from below in local assemblies on Monday night.

Ordinary Catalans refuse to be silenced

The main demonstrations were set to take place in the evening after Socialist Worker went to press on Tuesday.

But tens of thousands rallied in Barcelona’s University Square at midday, with more protests in other neighbourhoods and towns.

Student Marina Morante spoke to Socialist Worker from a rally in Nou Barris, a working class district in Barcelona. “There are lots of people out, lots of places closed,” she said.

“This morning we invaded a Mercadona supermarket that wasn’t respecting the strike, then went to the fire station to rally with the firefighters. Now there are 400 people here with chants of ‘anticapitalista’. People’s ideas are changing.

“Later we will join with other people from the periphery of Barcelona and walk together into the centre for the demonstration.”

The referendum has plunged the Spanish state into its deepest crisis since the transition out of dictatorship in the 1970s.

European politicians and even Catalan big business agree with him (see below), and the Spanish left has largely fudged and sat on the fence at best.

But the ordinary Catalans who refused to be silenced last Sunday have other ideas.

Catalan president Carles Puigdemont announced after the result that, “We have won the right to an independent state, in the form of a republic.”

He initiated moves towards a unilateral declaration of independence, saying that “Catalan institutions must implement what citizens have decided”. 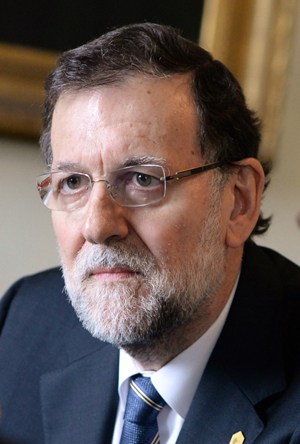 Spanish prime minister Mariano Rajoy is under pressure from the pro-independence bosses and, most importantly, the growing movement

But overcoming the opposition of the Spanish state requires a social force—and right winger Puigdemont is looking to the wrong ones.

His emphasis after the vote was to call for mediation by the European Union (EU). Yet the EU’s treatment of Greece has demonstrated its contempt for democracy.

The European Commission dismissed the “illegal” vote as “an internal matter for Spain” and said it “trusted” Rajoy’s “leadership”.

It called for “unity and stability” and said an independent Catalonia would find itself out of the EU.

Then there’s the question of who led Tuesday’s shutdown.

Some Catalan politicians and pro-independence organisations played down the role of workers and emphasised that the whole nation was out.

The support of small business certainly added to the strike’s impact in key sectors such as food and retail. Public sector bosses told workers that they wouldn’t even lose pay for striking.

One of the left wing unions that initiated the stoppage, the CGT, accused the big unions of using the “national stoppage” line as an excuse for inactivity.

Bosses and workers have different interests.

Even Catalan businesses sympathetic to independence would take Spanish rule over “instability” and mass mobilisation.

And European politicians who represent the same rotten establishment as Rajoy are no friends of those seeking to challenge it.

Only building on the collective defiance that made the referendum possible—and in particular the power of the Catalan working class—can overcome the state’s opposition. 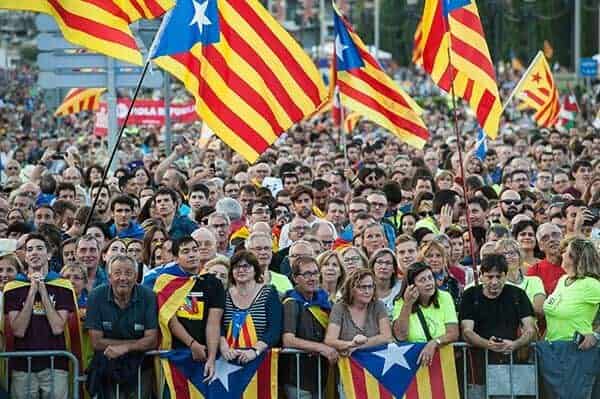 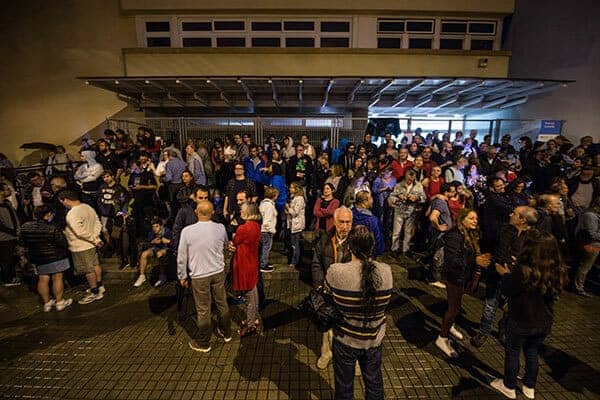 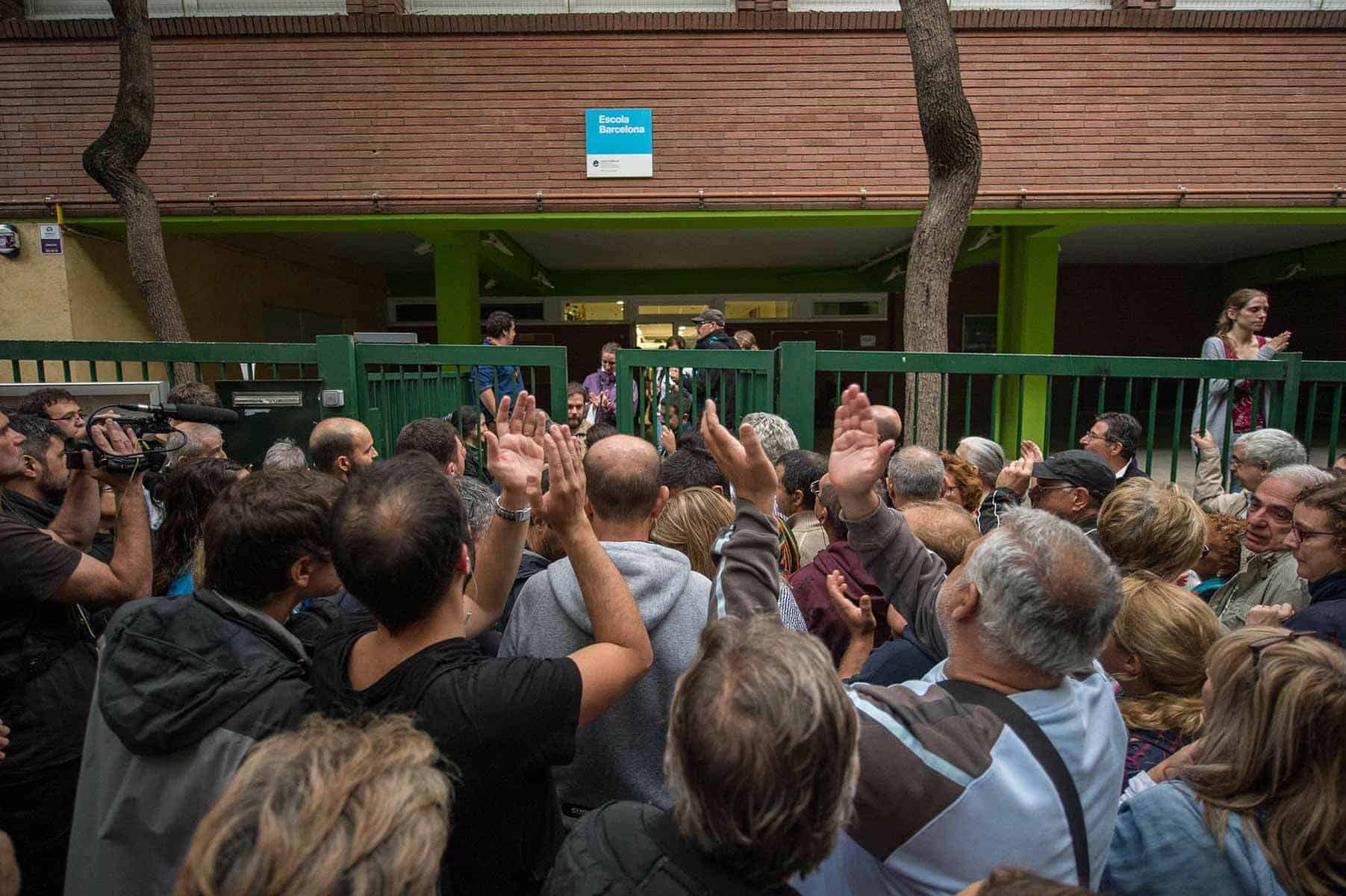 Scenes from Barcelona on the day of the Catalan referendum 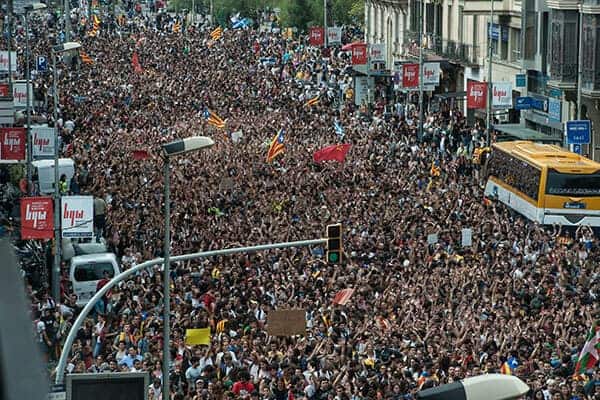