This article is over 15 years, 2 months old
The House of Commons debated calls for an inquiry into government policy in Iraq and its aftermath on Tuesday as Socialist Worker went to press. Here are edited highlights from the speech that Respect MP George Galloway was hoping to make
Downloading PDF. Please wait...
Saturday 04 November 2006

‘It’s a very modest motion before the house – a call for a committee of inquiry comprising seven members of the privy council.

It therefore speaks volumes that the government is opposing this attempt at the mildest of scrutiny into its conduct up to and including the outbreak of the disastrous war on Iraq.

The House of Commons today has a chance to redeem itself. This House voted to take this country into George Bush’s war on 18 March 2003.

Those of us who voted against the war, who mobilised the greatest mass movement of our age to stop it are now being joined – admittedly largely privately – by others who say they were misled about the case for war.

Those on the New Labour benches have the chance today to put the well being of people in this country and in Iraq above petty, sectional, party interest.

They have a chance to put the future security of hundreds of millions above the political prospects of the prime minister.

To those who claim that holding an inquiry will “demoralise” the armed forces: we got a pretty good estimation of the morale of the armed forces after the head of the British army spoke a truth that has so rarely been heard in this chamber, that the presence of British forces in Iraq is exacerbating the dangers this country faces.

That was before the US suffered over 100 dead this month; before the report in the Lancet that the most likely number of people to have been killed in Iraq since the war is 655,000.

The government’s case against this motion is as flimsy and insubstantial as its case was for war. And the issue at stake in this debate is greater than the words on the order paper.

It is whether we are going to extricate ourselves from a foreign policy disaster that dwarfs the Suez folly of half a century ago. And it is whether members of parliament are going to summon up the courage to represent the people on this question.

If the answer to those questions is negative, the issue will be settled outside this chamber.

Which way members vote will be remembered by the electorate and will count in their reckoning as the death toll mounts, and the flames of war and extremism lap around this country.’

Lindsey German, convenor of the Stop the War Coalition, spoke to Socialist Worker before she went into the House of Commons’ public gallery to observe the debate.

She said, “It’s been over three years since there was a proper debate on the war in Iraq. The government has refused to put it on the agenda and the main opposition party has declined to do so until now. It has been left to the SNP and Plaid Cymru, to force this debate.

“If it wasn’t for the anti-war movement there would not have been this debate.

“Our pressure kept it at the front of the agenda. We are nearing what we fought for – the immediate withdrawal of British troops.” 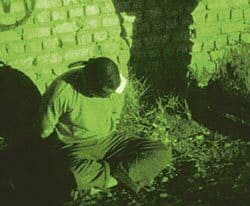