Get Israel out of Lebanon

This article is over 15 years, 5 months old
George Bush, Tony Blair and France’s Jacques Chirac talk of peace in Lebanon. But in reality they have given Israel their blessing to continue its bombing and destruction.
Downloading PDF. Please wait...
Saturday 12 August 2006

George Bush, Tony Blair and France’s Jacques Chirac talk of peace in Lebanon. But in reality they have given Israel their blessing to continue its bombing and destruction.

Even as a draft United Nations (UN) resolution suggesting a “cessation of hostilities” was being discussed, the Israelis were laying siege to the southern Lebanese city of Tyre, destroying bridges to prevent aid reaching its people and stop refugees from fleeing to safety.

There will be no unconditional ceasefire for the people of Lebanon. The “peace deal” brokered by the US and France falls a long way short of that. The draft resolution, being deliberated as Socialist Worker went to press, makes no call for the withdrawal of Israeli forces from Lebanon.

It clearly calls for an end to the resistance to Israel’s invasion. According to the draft, a cessation of hostilities must be based upon, “in particular, the immediate cessation by Hizbollah of all attacks”.

Israel is required to cease “all offensive military operations” – but Israel claims that laying siege to Tyre and bombing civilian areas of Beirut are “defensive” operations, aimed at stopping Hizbollah attacks.

Under the plan, Hizbollah will be ordered to release the two Israeli soldiers it captured last month without conditions, but Israel will merely be “encouraged” to “settle the issue” of the hundreds of Lebanese prisoners it holds.

The plan does nothing to resolve Israel’s permanent occupation of the Shebaa farms area of Lebanon. Bush made clear, in response to demands from the Lebanese government and Arab states for complete Israeli withdrawal, that this aspect of the resolution was “non-negotiable”.

But the draft resolution does call for a demilitarised zone stretching almost 20 miles north of the Israeli border. This zone extends well into the territory of Lebanon, which is barely more than 90 miles from north to south. It goes far further than Israeli forces have managed to penetrate in the conflict.

An international force will police this zone. France, once the colonial ruler of Lebanon, is expected to lead this army of occupation.

In other words, the central goal of the draft UN resolution is to complete Israel’s dirty work by other means. Israeli defence minister Amir Peretz talks of two “parallel paths” to disarm Hizbollah – on one hand the invasion and on the other the diplomatic effort coordinated by the US, Britain and France.

And as Israeli ministers have made clear, their forces will continue their attacks until an international force arrives, prolonging the suffering of the Lebanese for weeks to come.

The resolution has nothing to do with allowing almost one million refugees – a quarter of the Lebanese population – to return to their homes.

It is no surprise that all sections of the Lebanese population, including many traditionally antagonistic to Hizbollah, oppose this deal.

The Western powers are rushing to present Israel with the prize that they failed to secure through force of arms.

After four weeks, Israel has failed to advance beyond a zone ranging from 50 yards to three miles inside Lebanon. They are far short of achieving the 20-mile “buffer zone” reaching as far as the Litani River they boasted they would carve out when their assault began.

Speaking last week, Jamal Sarhan, who lives in the village of Qalaouay, contrasted the situation today with the last major Israeli invasion of 1982. “In the past Israel occupied the south in six days,” he said. “Now after 24 days, they haven’t occupied a single village.”

The resistance offered to the invasion shows that Hizbollah are not some alien or occupying force – they enjoy overwhelming popular support.

Faced with this resistance Israeli generals are comparing Lebanon to the Gaza Strip after the Israeli withdrawal. Israel frequently enters Gaza to strike at will, carrying out bombings, assassinations and collective punishments against the Palestinian population.

Such “incursions” will be nothing new in Lebanon. Hizbollah forced Israel out of southern Lebanon in 2000. Since then Israeli forces have violated the UN monitored “blue line” on an almost daily basis.

There can be no peace in Lebanon unless Israel withdraws immediately from all Lebanese territory and releases the prisoners it holds.

Occupation of southern Lebanon by the Western powers, coming on top of the fiasco of the US and British occupations of Iraq and Afghanistan will further embitter millions across the Arab world. We should oppose any intervention force sent to occupy the region and disarm Hizbollah.

And we must be clear that the war on Lebanon is part of a wider conflict. The US and Israeli governments openly identify Iran and Syria as the next targets. Faced with disaster in Iraq and Afghanistan, Bush, Blair and Ehud Olmert are escalating and broadening their “war on terror”.

We have to redouble our efforts to oppose the attack on Lebanon and the wider war drive of which Israel’s aggression is an integral part. 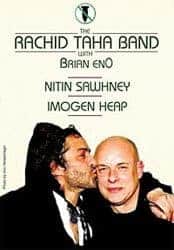 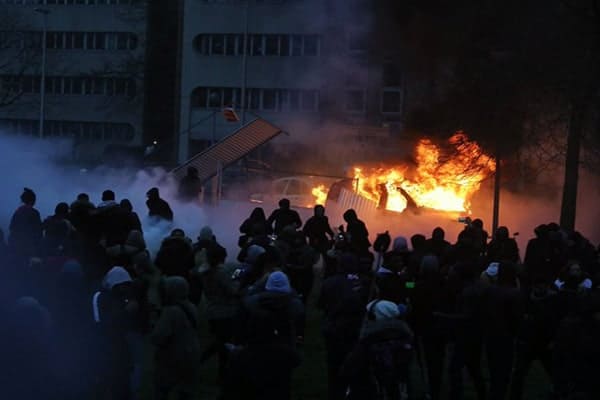 Day of action for Palestine 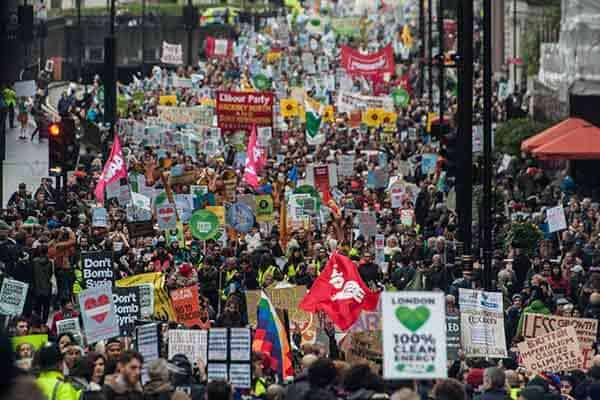