All the frustration, anger and determination to end the scandal of schools failing black students burst out at a packed meeting in north west London last week.

Over 130 people, almost all of them black parents and students, crammed into a room at Harlesden library, Brent, last Thursday.

The meeting was part of a series on the book, Tell It Like It Is: How Our Schools Fail Black Children, which has been published with the backing of teachers’ unions, the Greater London Authority and other sponsors.

“At the centre of this collection is the 1971 pamphlet by Bernard Coard on how schools failed black children then,” said Hassan Mahamdallie, who contributed to the book and spoke at the meeting.

“That was published as an agitational tool. It was sold by parents to other parents on the school gate and through networks in the black community.

“My great hope for the book today is that from meetings like this we build again just such a movement for change.”

There was bitter recognition that 35 years after Coard first highlighted how black children systematically do worse than their white counterparts in school, black people today face equally endemic disadvantage and discrimination.

“My stomach churns when I hear that black children are being left behind at school, today – in the 21st century,” said Christie Ikeogu, manager of Harlesden library.

She set a tone that ran through the meeting when she added, “Tonight we are here to discuss the problem, certainly, but also to look to the solutions.”

As powerful contributions built up from the platform and, especially, from the audience, many people said afterwards that they wished they had been able to force every government minister and MP who will be voting on New Labour’s education bill to sit through it.

And the stories of what many black young people face dispelled the claim that it is the “culture” of young people themselves that is holding them back.

“When I was at school a teacher told me there was no point spending time on me in class because by the time I did my GCSEs ‘I’d have five children by five different men’,” said Elrica Senior, who spoke from the platform for the Voice of Young People project.

“Black boys are being left behind the most. The reason that some can end up looking for ‘easy money’ through crime is that if you are told you’re worthless and you think you’re going to leave school with bad GSCEs, then you know you won’t get a good job.”

One young man who had not been offered even an interview after dozens of job applications said, “When they see your postcode is NW10 and your name sounds black, they think Harlesden and thief.”

Dawn Butler, the Labour MP for Brent South, acknowledged the strength of feeling. Her reception showed the pride local people feel in having a black MP in an area where non-white people are the majority.

She emphasised the importance of education in her own advancement and focused on the role of parents. “Children spend more time with their parents than they do with anyone else,” she said.

No one argued that parents have no role to play and it was evident that everyone in the room who had a child at school was doing their level best to support them.

“But you have to recognise that parents are under huge pressure,” said a local youth worker.

“I surveyed the views of young people in Brent. Their biggest concern was that their parents face low pay and long hours. They wanted more time with their parents – time that life today just does not give them.”

And the overwhelming feeling in the meeting was that the problem, and the solutions, did not come down to individuals.

Primary head teacher Martin Francis recalled the open racism he witnessed when he began teaching in the area in 1975.

He described how radicalised teachers came together with black parents to force anti-racism and black history onto the curriculum. “We learnt about Toussaint L’Ouverture and Mary Seacole, and we taught it,” he said.

But as he and other long-standing teachers made clear, the advances that were won 25 years ago were largely snuffed out as the curriculum was centralised under the Tories and then New Labour.

Linda Tomlinson, a former head teacher, explained how the progressive educational theories she had learnt are now no longer part of a teacher’s education.

“We are placing demands on the teaching profession,” said one black school governor. “But this is not about blaming teachers as individuals.”

That was underscored by the level of applause for a local white teacher who said, “There is enormous pressure to teach to the test. The government is squeezing out any space for creativity.

“Now the education White Paper is proposing privatisation. Don’t be conned by the idea that it will give parents more power. It will put schools in the hands of businessmen.”

The National Union of Teachers (NUT) is backing the Tell It Like It Is book. Parents in the meeting were determined to push the local branch to get involved as well.

What characterised the whole evening was a flurry of ideas and calls to action.

“We need a day when we all come together outside parliament and demand action,” said one black lecturer. “I’m not for closing so called bad schools. I’m for us taking our children out of school one day – all of us together, on strike – and doing what they did in Soweto to defeat apartheid.”

A further meeting is planned to draw up demands and a campaign which parents said they would like to see as part of a national movement.

Waiting for a capital pay vote 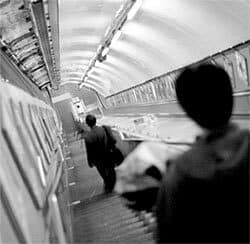