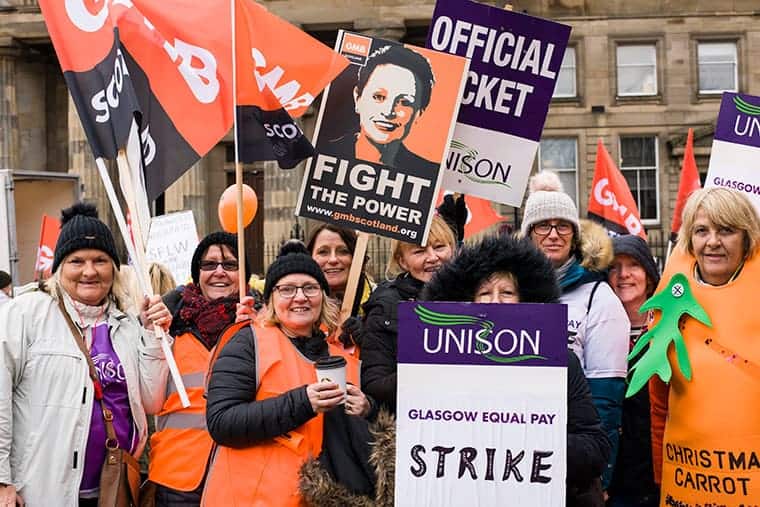 Glasgow council workers have delivered a thumping vote to strike in the latest episode of their long running dispute over equal pay. Workers in the Unison union returned a 96 percent vote to walk out to force their council bosses to pay up wages that are owed to them.

Workers in Glasgow Life, a council outsourcing company, returned a vote of 91 percent to strike but fell just short of the 50 percent ballot threshold. And social care, cleaning and catering workers in the GMB union voted by 97 percent to mount another round of strikes. Workers are fighting to change Glasgo council’s unfair pay grades, which saw men paid more than women.

Huge strikes in 2018 forced council bosses to agree to pay out lump sums. Bosses also agreed to roll out a jobs evaluation scheme that will see workers put on correct wages. But the scheme isn’t set to be completed for several more years. And workers are still on the unfair pay rate they have been battling for over a decade. The strike votes shows decisively there is a mood to fight the council’s sexist pay structures. Unions should call some hard-hitting dates.

Local government unions have rejected a below-inflation pay offer for workers in Scotland. Scottish councils bosses’ organisation Cosla offered a 2 percent increase for workers—a real terms pay cut. Workers in the GMB, Unison and Unite unions are demanding an increase of £3,000 a year, and a minimum pay rate of £12 an hour. 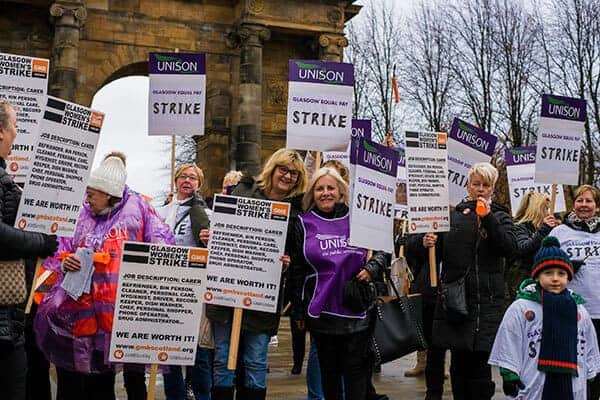 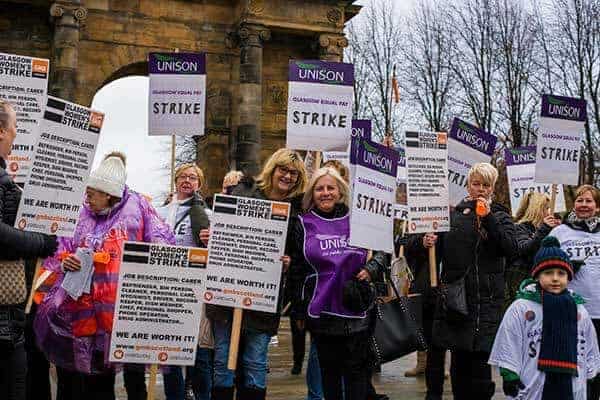