Gordon Brown hailed Labour’s win in the Glasgow North East by-election last week as evidence that his party could defy its poor poll ratings and win another general election.

Labour increased its share of the vote to 60 percent, pushing the Scottish National Party (SNP) into a distant second place with 20 percent.

An SNP victory in Glasgow North East would have been a disaster for Labour. As an area of high unemployment, poverty and social deprivation, the seat was Labour’s safest seat in Scotland. The extremely low turn out of just 33 percent is a sign of how disillusioned many working class voters are.

The fright Brown got from the SNP win in the neighbouring Glasgow East seat last year saw Labour pour activists into the constituency. Labour’s Iain Gray claimed they had 500 party members working in the seat on polling day.

Labour attacked the SNP’s record as the party of government in Scotland, and its job was made easier by the nationalists’ decision to field a right wing candidate.

The Nazi British National Party came fourth—narrowly eclipsed by the Tories—with just under 5 percent of the vote.

Attempts to get a united left candidate floundered after both the Scottish Socialist Party (SSP) and the Socialist Labour Party (SLP) refused to cooperate.

Solidarity, which argued for a united left candidate, fielded Tommy Sheridan, and polled 794 votes—beating the Lib Dems and the Greens, the SSP and the SLP. 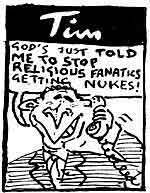