The Unison union members are resisting the imposition by council bosses of new job roles, longer shift patterns and pay cuts of up to 7 percent.

The strike caused severe disruption at more than a dozen residential homes across the city.

“They are using unqualified agency workers just to get by. A large majority of our members are participating in this strike.”

Many workers are furious at bosses’ attempts to impose the new working conditions. The senior steward said, “Their bullying tactics have been outrageous.

“Residential workers have now had four letters threatening dismissal if they don’t sign up to the new conditions. It’s like holding a gun to someone’s head demanding money and calling it a donation.”

It is the first time this group of workers have actually been on strike.

One picket at a care home in the southside of the city told Socialist Worker, “This is the worst I’ve seen it working for the council in 18 years.

“It’s like we’re going back to the Thatcher days. Bullying bosses are determined to drive down costs.

“You can see it in child care where it used to be at least two on shift but they’re starting to use just one—that’s dangerous.

“The cuts are making a worse service for everybody. This is about paving the way for new working practices when five new ‘superhomes’ open later this year.”

The new imposed shift patterns will mean 182 workers losing up to £1,495 a year. This is on top of the impact of years of a public sector pay freeze and the rising cost of living.

After the strike over 100 people joined a noisy rally outside the council offices chanting, “No more cuts!”.

“We’re going to fight until we win.”

The council is also proposing new staff and resident ratios on the night pattern, which Unison argues is inadequate.

Bosses also want to change job roles of some of the lowest paid workers to include administration of medicines for no extra money.

The issues surrounding this strike are the same that triggered an unofficial walkout last year by homeless casework teams, and the recent pupil support assistants’ strike.

Those groups of workers’ collective action beat back council bosses—that’s how the residential workers can win too.

By supporting picket lines across all the city council’s residential homes and reinforcing the power of the strikers, the bosses can beaten again. 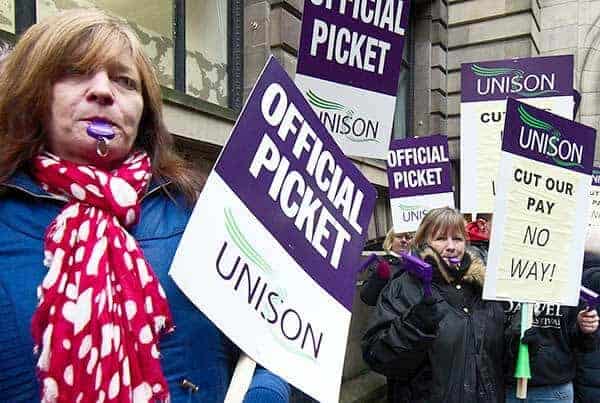 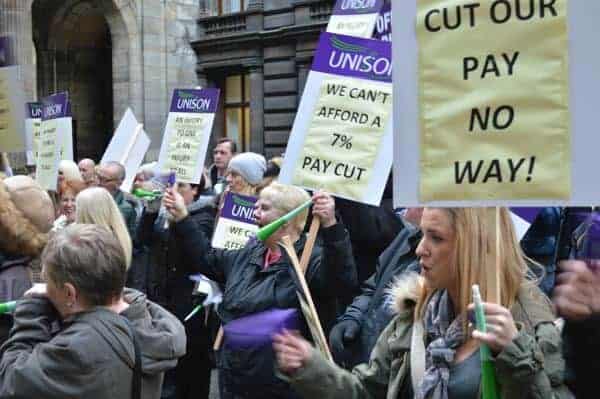