About 1,000 people turned up in Goldthorpe to mark the 30th anniversary of the Miners’ Strike.

There was a real buzz as they also commemorated a year since the ceremonial burial of Margaret Thatcher in the former pit village.

Crowds were cheerful and determined to show that the area still has a sense of community and wants to see a fightback.

One demonstrator said, “Half of Goldthorpe has been pulled down. Cameron is as bad as Thatcher. But we are proud of our fight 30 years ago and we are not going away.”

There were collections for the Care UK strikers in Doncaster. The Orgreave Truth and Justice Campaign brought their banner and there was great interest in the Orgreave picnic that they are holding on 14 June.

URGENT: Much more picketing, Much better organisation, Much greater involvement 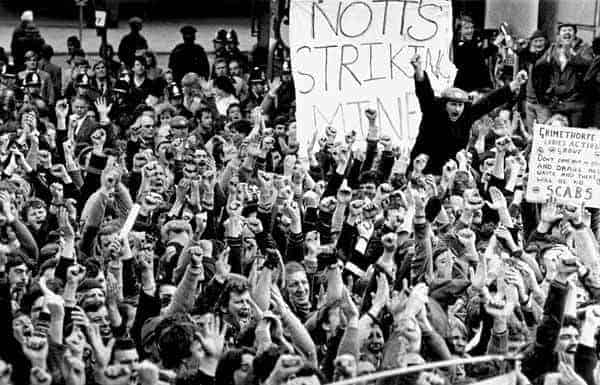