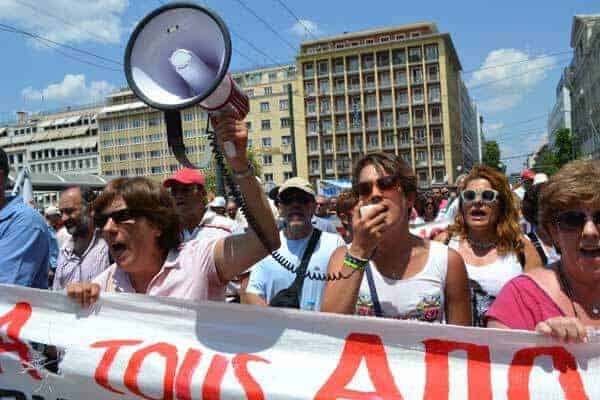 Greek Secondary school teachers are outraged at the government’s privatising “mobility scheme”. It is a massive attack on wages and conditions. Teachers’ unions have announced a series of five-day rolling strikes. The first is set to start on Monday of next week. They also plan legal action.

The scheme was imposed by the Troika—the European Commission, International Monetary Fund and European Central Bank—as part of Greece’s bailout conditions. It affects over 25,000 public sector workers, including 3,500 teachers. They will only be paid 75 percent of their salary—which has already been reduced. They will then be sacked if they can’t be transferred to another post within eight months.

The teachers’ action is timed to coincide with a public sector general strike on Wednesday and Thursday of next week on the same issue. Some health workers have already taken action. At Salonika’s Infectious Diseases Hospital, workers came in to find entire sections closed and locked. They set up a mass picket of about 80 people. “There is no other way to keep the hospital open except to stay here and keep control in our hands,” said one physiotherapist. 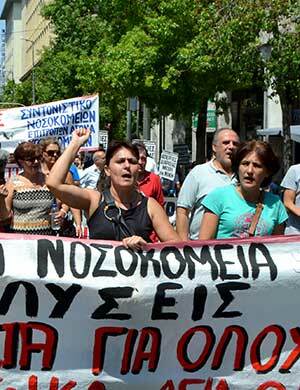 Greece could need another bailout as workers go on offensive 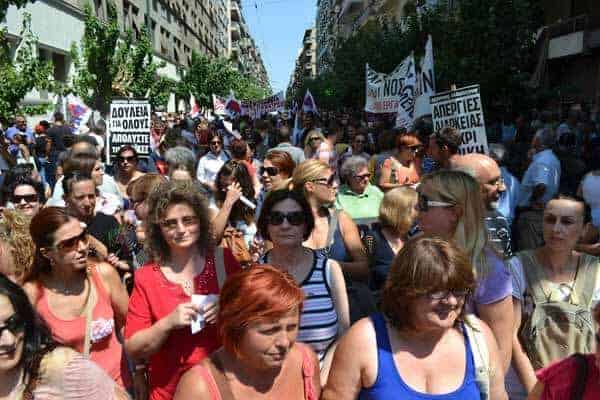 Yet another bailout is no solution to Greek crisis