This article is over 13 years, 2 months old
Rising job losses are again stalking one of the areas hardest hit in the recessions of the 1930s and 1980s.
By Siân Ruddick
Downloading PDF. Please wait...
Tuesday 11 November 2008

Rising job losses are again stalking one of the areas hardest hit in the recessions of the 1930s and 1980s.

The South Wales Valleys are facing rapidly growing unemployment, in what is becoming a key feature of the deepening economic crisis.

Some 150 job cuts have been announced at the Corus steelworks in Port Talbot, along with 99 jobs to be shed at Northern Automotive Services in Gilwern, near Abergavenny.

Around 90 jobs are to go at Wacker Neuson at Tredegar.

One major source of concern is the feared announcement of hundreds of job cuts at the Hoover plant in Merthyr Tydfil, along with its potential closure.

Rumours of this have followed meetings between Hoover and the Welsh Assembly government.

David Lunt, the vice president human resources of Hoover Candy, has said in response, “Businesses find themselves subject to rumours when they are planning their budgets for the year ahead.

“Hoover is experiencing this currently, as it has done in previous years. You would expect that Hoover in its normal day to day activities would continue to have a range of meetings which involve the Welsh Assembly government and indeed all other local stakeholders.”

But these public statements have done little to calm the nerves of workers fearing for their jobs and livelihoods.

Sources inside the Hoover plant tell a different story.

They are worried that the decision to close down the manufacturing capabilities of the plant was made months ago.

There are rumours that all 300 manufacturing staff and 40 office staff will be made redundant – from a workforce of 500.

Workers fear that production will move to Turkey where Candy Group acquired 99 percent of manufacturing firm Doruk in February 2007.

Workers claim local management have been trained in how to deliver the news that workers are set to lose their jobs.

Staff at the site have been told that if suppliers call and ask questions about the stability and future of the plant they have to reply “we do not deal in rumours”. This has only increased staff suspicions about the site’s future.

One worker told Socialist Worker, “People couldn’t be at a lower ebb – morale is at rock bottom. Any job losses will have a significant impact on Merthyr’s economy.

“There won’t be new industry coming here, and all the new development is shopping and entertainment. With the economy the way it is, this won’t do anything to help when people have less and less money to spend.”

Graham Smith, regional officer for the Unite union, met with management representatives on Friday of last week. After the meeting he said he was none the wiser on the future of the plant.

He said, “The fear is the place is going to close and if it’s not, are there going to be any redundancies? People are not dim. Twelve months ago they were operating eight lines, now they are down to four and a half. Hanging on for this decision is certainly not going to allay any fears.”

Many workers believe that the company’s plan is to keep the factory open, possibly only in the short term, with a skeleton staff.

A thriving coal and steel industry as well as the Hoover plant helped ease poverty and deprivation in South Wales after the Second World War. The plant opened in 1948 and by 1973 some 5,000 people worked there.

Many of the workers at the plant are nearing the end of their working life. But they are angry that there will be no decent jobs for future generations and that communities will be devastated if factories begin to close.

Some people are demanding a fight for jobs. Trish Law, the independent Assembly member for Blaenau Gwent, told Socialist Worker, “What was left of the manufacturing base in South Wales, and the South Wales Valleys in particular, after Margaret Thatcher and Tony Blair is now being decimated.

“The Welsh Assembly is attaching too little importance to manufacturing. Blaenau Gwent is still reeling from the closure of Corus’s Ebbw Vale Steelworks in 2002.

“I would say to workers facing redundancy – don’t go down without a fight. Use every moment of the so-called consultation period to fight for your jobs, ideally through a properly organised trade union campaign.”

In 2004 workers at the Hoover plant struck three times over pay and the Unite union holds strong roots in Merthyr.

There must be a major campaign against any job cuts, one which includes factory occupations, to force the Welsh Assembly and the British government to intervene.

Campaigning together to pull the plugs on the BNP 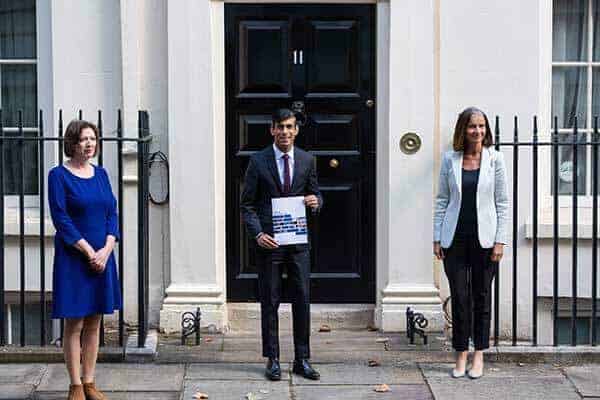