This article is over 12 years, 10 months old
There is a new sense of urgency in the battle to save Royal Mail from privatisation and to stop tens of thousands of job cuts.
Downloading PDF. Please wait...
Tuesday 24 March 2009

There is a new sense of urgency in the battle to save Royal Mail from privatisation and to stop tens of thousands of job cuts.

CWU union branches and regions across Britain are taking the campaign onto the streets.

Over 100 postal workers marched through Corby, in Northampshire, to protest against the privatisation plans on Friday of last week.

The workers were furious that local MP Phil Hope has failed to sign a House of Commons early day motion objecting to Lord Peter Mandelson’s plan to part-privatise the delivery system.

A number of workers were astounded that Hope turned up to the protest, which was aimed at him. Workers called for his resignation – and then handed him a P45 telling him he was “sacked”.

Gareth Eales fom the CWU protested dressed as a chicken to demonstrate his feelings towards Hope.

He said, “Phil Hope is too chicken to sign the early day motion, so that’s why I’ve come dressed as ‘chicken Phil’.”

Another worker said, “We object to the privatisation of Royal Mail as it is not only a threat to our jobs but it is a threat to the whole of the mail system.

“What they are trying to do to Royal Mail is despicable. It’s also despicable that Phil Hope is ignoring the hundreds of signatures that we have collected in Corby.”

Up and down the country CWU branches are leafleting and protesting against the sell off. For instance, Jon Gamble reports that, “Supporters of Watford trades council joined CWU members in Watford town centre last Saturday.

“Members of the public were almost universally hostile to Mandelson’s plans to sell off Royal Mail. Labour MP Claire Ward was too busy canvassing in nearby West Watford to come to speak to campaigners.

“Nevertheless, CWU members intend to lobby the MP in parliament.”

This Thursday London CWU members are set to hand out tens of thousands of leaflets at most mainline London train stations from 7.30am.

There are growing calls for a national demonstration when New Labour’s privatisation plans are put before parliament.

All of this activity is welcome. But there is still an urgent need for a strategy that includes national strike action and cutting off the cash to the Labour Party.

The pressure for strikes is also fuelled by management attacks on jobs, conditions and union rights.

Dozens of union branches have requested the go-ahead for strike ballots from the national union. CWU members in Scotland, Northern Ireland, Bristol and London are calling for strikes as management attempts to impose big cuts.

Delivery workers in Upper Edmonton, north London, are set to strike for the second time this Saturday. Royal Mail has brought in new 35-hour week contracts, without union agreement, for people starting at the office. This will mean extra work for all those on the existing 40‑hour contracts – and less pay for new starters.

The workers held a successful strike two weeks ago.

Leading CWU union activists say this action could soon spread. There are disputes in every office across north London and support for a ballot covering the whole area.

Even more significantly, the framework has been put in place to ballot the whole of the London region if management carries out its threats to impose changes without agreement by the union.

The CWU is also launching a national “Work Safely” campaign from 6 April. This involves workers taking all scheduled breaks, refusing to use their own cars to speed up deliveries, and not accepting bags that weigh more than agreed limits. Due to the constant attacks on postal workers’ working conditions, simply doing the job properly is hugely disruptive to Royal Mail management. 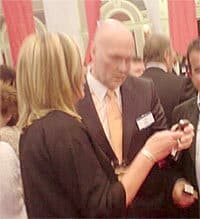 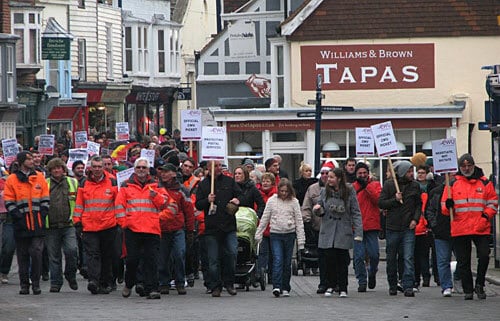 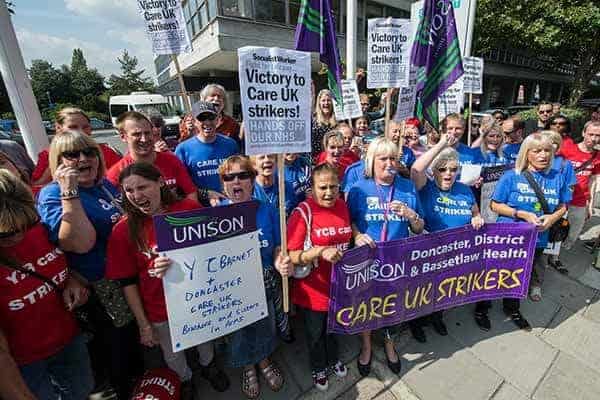 84 percent for action at BBC