A WELL known black trade unionist in Hackney, east London, Mitch Dublin, was held at the notorious Stoke Newington police station for 20 hours without charge last week. Mitch has been an active campaigner against council cuts and has shared platforms with local MP Diane Abbott.

He was held with his younger brother, who is a minor. Neither of them was charged. Mitch was denied water throughout most of his detention, despite repeated requests.

For long periods he was also denied access to a duty solicitor. Police officers taunted him about his trade union activities. Mitch has made a formal complaint and is to raise the case with his trade union.

SW's anti-cuts poster is a hit

Postal workers: ‘members have told the union to act’ 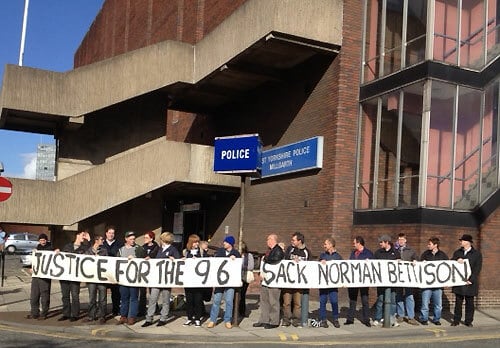 Hillsborough protest calls for Bettison to be sacked