This article is over 9 years, 9 months old
Health workers in the Unite union will strike over pensions on 10 May—and teachers in the NUT are set to strike in June.
By Tom Walker
Downloading PDF. Please wait...
Tuesday 10 April 2012

Health workers in the Unite union will strike over pensions on 10 May—and teachers in the NUT are set to strike in June.

Together they have the power to reactivate the pensions fightback.

On 30 November last year 2.6 million struck against these attacks. It was a day that set the labour movement alight.

Now the cuts have come into effect. Millions of workers will see huge sums disappear from their pay packets this month. But these strikes can send a message that the fight is far from over.

“Let’s make sure that we strike, and that we make that strike as powerful as possible,” said Michael Dance, a teacher in Redbridge.

We have to pile the pressure on all our unions to join their walkouts.

The PCS, Nipsa and UCU unions all have policy to come out alongside any other union that calls a national strike.

Let’s see them put it into effect.

“Now Unite health workers are striking on 10 May, we should join them,” said PCS British Library branch chair Floyd Codlin.

And health workers in the Unison union are balloting on the pensions offer.

They must reject it—and demand their leaders back the action.

Now national action is on the table again, we need to do everything we can to make it as big as possible. 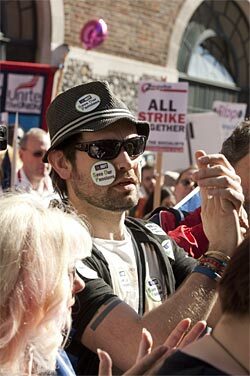 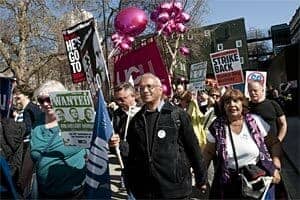