This article is over 18 years, 5 months old
Over 1,000 protesters gathered outside the French embassy in London last Saturday. They were protesting against attempts by President Chirac and his right wing government to ban the headscarf worn by Muslim women, known as the hijab, from French schools.
Downloading PDF. Please wait...
Saturday 24 January 2004

Over 1,000 protesters gathered outside the French embassy in London last Saturday. They were protesting against attempts by President Chirac and his right wing government to ban the headscarf worn by Muslim women, known as the hijab, from French schools.

The protest was one of over 30 taking place simultaneously around the world, including an angry 20,000-strong demonstration in Paris.

The French government claim that the ban is to defend ‘secularism’ – the separation between the state and religious institutions-and that the law bans all religious symbols.

In the context of the so called ‘war on terrorism’ and remarks by Chirac that there was ‘something threatening’ about the headscarf, it is a law directed primarily at Muslims.

The Paris demonstration was almost exclusively made up of Muslims. The London protest, initiated by the Muslim Association of Britain, reflected the way in which the stop the war protests over the last two years have brought Muslims together with other anti-war protesters.

The protest was mixed, involving a substantial minority of non-Muslims, including socialists and other religious groups. Many demonstrators carried Stop the War Coalition placards demanding ‘A woman’s right to choose’.

Laura, a white student from Durham University, said, ‘People should be allowed to wear what they like – forcing them not to wear the hijab will achieve nothing. ‘I am angry about how it has become acceptable to talk about Muslims in a way that would be unacceptable if applied to other minorities.’

Many of the Muslim protesters were delighted to see non-Muslims join the demonstration. Saema from north London told Socialist Worker, ‘I went to the big Stop the War Coalition demonstrations and I’m glad to see they’re here today.’

Fatima, an Egyptian studying at University College London, agreed: ‘It’s important that the Stop the War Coalition are here today. In Britain the stop the war movement has made British Muslims feel more welcome. We’ve achieved more in this respect in the last two years than we had in the previous 50.’

Protesters had come down to London on coaches from Leeds, Manchester and Birmingham. Eseel Ahmed, a member of the Muslim Association of Britain in Leeds, told Socialist Worker, ‘We want to defend a woman’s right to choose whether to wear the hijab. It is good to see non-Muslims here. They know that this is about rights for people. We would come out and protest in their defence if they tried to ban any other form of clothing.’

The demonstrators heard a number of speeches including one from George Galloway MP, who received a very warm reception from the crowd.

He linked together the war and the various attacks on Muslims, saying, ‘It starts with the racist drivel in the Express by Kilroy-Silk and with the ban on the hijab. It moves on to attacks on Muslims and their property. But it ends up with bombs on Baghdad and Kabul.’

A 200-strong protest outside the French consulate in Edinburgh drew support from several groups, including the Muslim Association of Britain, Edinburgh Stop the War Coalition, Scotland Against Criminalising Communities and Glasgow Committee to Welcome Refugees. 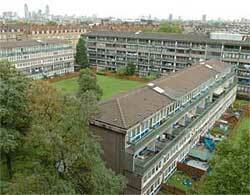 Teachers are right to act on shortages