New health secretary Jeremy Hunt is believed to have ordered a “fresh political assessment” of plans to close A&E departments across London.

This follows a 5,000-strong demonstration against threatened A&E closures in Ealing, west London, earlier this month. And there is another big protest set to take place on 6 October in Hammersmith, also west London. Four out of nine A&Es across North West London NHS face the axe.

Ministers are reportedly shaken by the scale of opposition to the closures. They fear they could end up paying “a political price” for the decisions of NHS trust bosses, according to the Independent newspaper.

The NHS faces £20 billion in budget cuts. But it’s trust bosses, not politicians, who will do the dirty work. A&E departments are among those most heavily affected.

Under the coalition at least 14 casualty departments have either been axed, face an imminent closure threat or have shrinking opening hours.

There’s no commitment to changing the cuts policy yet. But even talk of a potential U-turn shows how hard the government can be hit by mass opposition.

Around 400 people came to a meeting called by the Tory-controlled Hammersmith & Fulham council last week. NHS West London bosses came under fire from virtually everyone in the room. Even the council has described the closures as “unsafe and fatally flawed”.

Campaigners are planning to leaflet door to door on the massive White City housing estate as part of a flurry of activity across the area.

The broad-based campaigns in west London are a model for fighting attacks that are kicking in across Britain. Around 500 joined a Save Our NHS Hull & East Yorkshire demonstration on Saturday of last week. East Yorkshire Hospitals Trust bosses plan cuts of £99 million.

And a campaign in south Manchester is fighting threats to Trafford General Hospital’s A&E, children’s ward, intensive care unit and all acute surgery. Local people are outraged at what they describe as a “catalogue of failures” in the “utter shambles” of a consultation process.

The agenda of cuts and closures in preparation for privatisation is having an effect across the NHS. In Maidstone and Tunbridge Wells NHS Trust, the demand for £15-20 million cuts drove bosses to issue all 4,000 workers with voluntary redundancy offers.

Just last year, a £225 million PFI hospital opened in the trust. This added monthly payments of £1.7 million to the private sector to the trust’s costs.

The government’s plans mean disaster for the NHS, but Hunt’s hesitation shows how much they fear a backlash. We have to turn those fears into a reality.

Bosses across 20 hospital trusts have formed a “cartel” to impose regional pay on health workers across the south west of England.

Unions are now under pressure to lead the resistance. The Tories want to implement regional pay across the country. This cartel is a blueprint for their plans. Cartel chief Chris Bown has met with trust bosses outside the south west who want to follow suit.

Joint union mass meetings, where hundreds of workers turned out to discuss resistance, have led to unions organising protests across the region. Across the south west this week, workers were set to hold lobbies and protests at trust board meetings.

Gwyneth, a health worker in Bristol, told Socialist Worker, “In every trust there seems to be something happening. The unions are pulling out the stops to build meetings.

“I think we’re at a key moment. Our branch has proposed a regional demonstration. Industrial action has been mentioned, but nothing concrete yet.” United strikes across the region can halt these attacks.

Save Hammersmith and Charing Cross hospitals—join the march and rally on Saturday 6 October. Assemble 11am, Rockley Road, W14 0DA for a march to Charing Cross Hospital. Nearest tube: Shepherds Bush 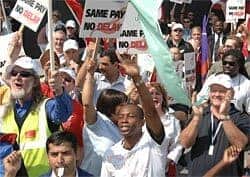 Strikes are just the ticket on Metroline buses 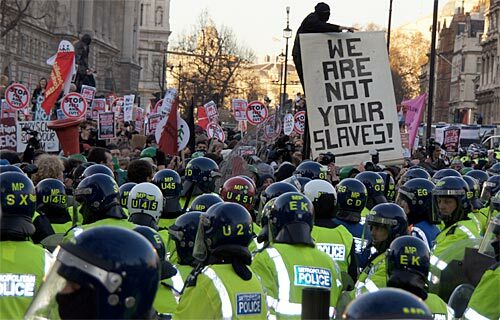