Management at one of the biggest health service organisations in Britain, the Newcastle North Tyneside and Northumberland mental health NHS trust, is going to extraordinary measures to sack respected union activist and psychiatric nurse Yunus Bakhsh.

On Thursday of last week trust bosses announced that they intended to recommence disciplinary proceedings against Yunus.

This gave him less than two working days’ notice of their decision and left him with little time to prepare his case.

Yunus reminded the trust that its own rules clearly state that a notice period of at least five working days is required before any disciplinary hearing can take place.

His bosses responded that Yunus had known that a hearing would take place soon, and therefore no notice was required.

The shortness of the notice period means that Yunus will struggle to notify his many witnesses, or even make childcare arrangements for his daughter, who is on a half-term break.

On the same day as he received the dates of his disciplinary hearing, Yunus’s Unison union advised him that the regional officer who has been working on his case for the past 18 months has been “reassigned” to other duties.

Yunus is now supposed to be represented by another officer, who is not so familiar with the detail of the case.

As an extremely effective workplace rep, joint branch secretary and leading national figure in his union, Yunus has defended hundreds of fellow workers from management victimisation.

In the autumn of 2006 the trust initiated an “investigation” into Yunus after receiving an anonymous complaint against him.

Armed with just a handful of anonymous and anonomised statements, the trust decided to suspend Yunus and initiate disciplinary proceedings.

Despite Yunus having been racially abused at work on a number of occasions, the trust decided that it was not necessary to consider a possible racial motivation for the complaints being made against him.

Following a hearing into whether the trust had failed in its duties under race relations law, management last week announced that racism was not a motivating factor for those who had complained against Yunus.

Now Yunus faces a disciplinary hearing that many union activists believe will be weighted against him and is intended to reduce the effectiveness of the union.

It was unclear as Socialist Worker went to press whether the hearing would continue if Yunus were unable to attend.

The disgraceful way the trust has treated Yunus is set to be the subject of an employment tribunal next month.

Unison has decided that it will not provide him with legal representation for the case, and Yunus has been forced to enlist a solicitor at his own expense.

Unions must show that they can defend their lay activists from management attack, or they face being severely weakened.

That is why trade unionists across Britain, and in the north east of England in particular, are helping to raise money for Yunus’s defence.

Already several thousands of pounds have been donated to a special fund created for the purpose, and more was raised at a recent health workers’ social event.

It is vital that trade unionists rally round Yunus at this time, raising the issue wherever possible and taking collections at work. 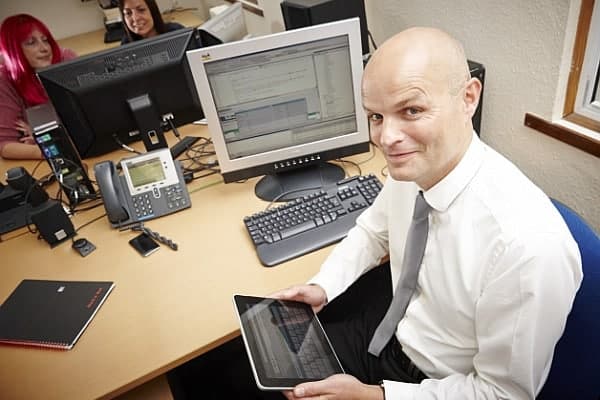 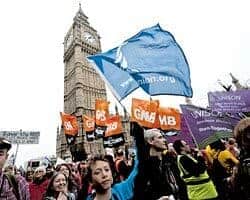 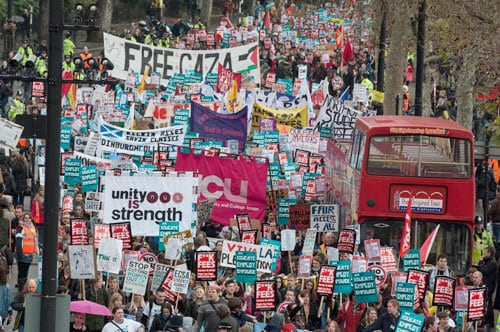 Thousands of students march in London against education cuts