This article is over 17 years, 3 months old
Health workers are voting on Agenda for Change (AfC)— the government’s planned restructuring of terms and conditions across the NHS.
Downloading PDF. Please wait...
Saturday 09 October 2004

Health workers are voting on Agenda for Change (AfC)— the government’s planned restructuring of terms and conditions across the NHS.

Members of Unison, the biggest health union, were set to meet on Thursday to decide whether to recommend support for AfC in their ballot, which begins on 19 October.

Yunus Bakhsh, a member of Unison’s health service group executive, told Socialist Worker why he would be calling for a no vote.

Too many workers will lose out under this deal. The government has been forced to make some concessions to try to get the deal through, but there are still areas of real concern.

Concessions were made over unsociable hours payments. Changes to these payments would be put off until 2005, but that means the deal is not a complete package.

Many workers will face longer hours as rates of pay fall, and the victories over equal pay, for example by speech and language therapists, would be reversed.

It’s true that the pay structure for the NHS is dated. But New Labour is not interested in giving health workers more.

The concessions the government has made over unsociable hours and the increase in starting pay will add 11 to 12 percent to the NHS pay bill.

The government has not put forward this extra money. It is a financial sleight of hand that New Labour are using to try to avert a confrontation with health workers until after the election. We should not trust the deal. Whichever way the vote goes, we should build the strongest possible organisation among rank and file health workers.

RADIOGRAPHERS have voted by 83 percent to reject Agenda for Change. The turnout was 67 percent—one of the highest votes ever.

The ruling council of the Society of Radiographers worked hard for a yes vote, but members saw through the spin.

The issues for Unison and Amicus members in the NHS, who will ballot later this month, are the same as for radiographers.
GILL GEORGE 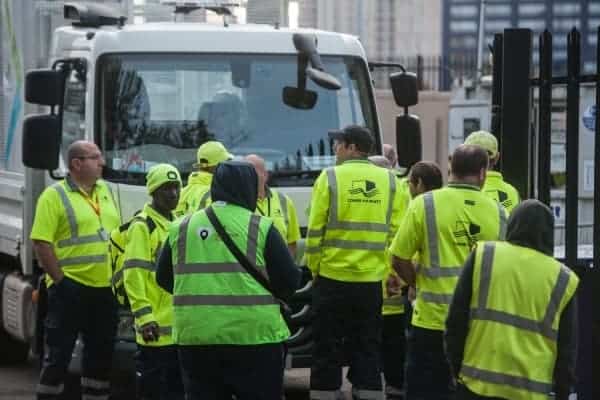