Heat on US over Chile

Heat on US over Chile

THE US government is being forced to admit the role it played overthrowing democracy and establishing a dictatorship in Chile nearly 30 years ago. Secret documents released by the US government last week show that then US president Richard Nixon did whatever he could to overthrow left wing president Salvador Allende.

The evidence is so clear that even the White House issued a statement last week saying, “Actions approved by the US government during this period aggravated political polarisation and affected Chile’s long tradition of democratic elections, and respect for the constitutional order and the rule of law.”

Henry Kissinger, then US Secretary of State, headed the “40 committee”, which oversaw covert action aimed at blocking Allende coming to power. The documents also provide clear evidence of the Chilean dictator General Pinochet’s personal involvement in the assassination of exiled Chilean socialist Orlando Letelier in a car bomb in the US in 1976.

Pinochet telephoned the dictator of Paraguay to request false passports for two Chilean agents to travel to the US to kill Letelier. One of the men convicted of the bombing was Pinochet’s secret police chief, Manuel Contreras, the second most feared man in Chile after Pinochet. Contreras was also an informant on the CIA payroll in 1975.

The CIA destroyed its file on Contreras in 1991.

THE PRESIDENT of the World Bank, James Wolfensohn, stuck his foot in it last week on a tour of India, the bank’s largest single borrower nation. Protesters met Wolfensohn just about wherever he went.

One of the charges made against the bank was that is only lends money to those Indian states with leaders who will do as it says.

As a result World Bank loans to India are concentrated in only a few states. “What we are trying to do is focus on programmes,” Wolfensohn told the Financial Times. “But you need an individual to make it work. There is no getting round the fact that you are backing the jockey as well as the policy.”

Is this because it may boost the profits of H2GO, a subsidiary of Anglian Water? Ms Spottiswoode, who used to be the utility regulator, has moved on in life and is now chair of H2GO.

LAWRENCE Llewelyn-Bowen, the style guru who presents Changing Rooms and is also the face of Nescaf adverts on billboards across the country, was in Edinburgh last week.

Around 100 people packed into a bookshop to hear him speak on his new book on interior design. The burning questions were whether magnolia was a colour one could be seen dead with in one’s home, or if jade and copper were now the key to stylish living.

Outside a small group of protesters were handing out leaflets about Nestl, the multinational which makes Nescaf. One protester joined the debate and asked a question about Nestl’s role in pushing unsuitable baby formula across the Third World, which has disastrous health effects.

As the questioner finished a ripple of applause ran through the audience. The star’s response was defensive, saying he was very concerned about what he had heard.

At the end people took more leaflets, and one woman talked about why fighting Nestl wasn’t enough and that we needed more protests like Seattle. The paint aisle and soft furnishings section at Homebase and B&Q will never look the same again.

THE DOME is a disaster. Virtually no one disagrees these days. But those in charge of it were given special protection in June this year against being sued.

The government gave a special indemnity to the directors of the New Millennium Experience company against lawsuits by creditors. MPs were not even told of this, and members of the House of Commons public accounts select committee only found out last week.

One Labour member of the committee said, “They knew they would not face the courts”, and so they could “blunder on blindly”. Now New Labour have sold off the Dome for 125 million to Chris Smith’s pal, Robert Bourne to turn it into a business theme park.

They decided their workers did not need time off from work to swab out their recently flooded homes. Instead, workers were told they had to take unpaid time off, if their manager allowed it.

“Managers have opted for appalling callousness,” says the workers’ union.

FORD HAS been accused of covering up a major safety problem that may have affected millions of cars and is blamed for at least one driver’s death. A Dispatches documentary for Channel 4 uncovered evidence to suggest that Ford has been aware of the problem for 20 years.

A defect with their cruise control mechanism means cars accelerate suddenly and the brakes become useless. The fault affected the Ford Explorer, launched in Britain in 1997, according to the programme makers.

This latest scandal comes hot on the heels of allegations that Ford knowingly fitted faulty Goodyear tyres to its models in the US.

“RECENTLY I have found living in London far too expensive and wanted to move to the south west of France where life would be cheaper.”

“I DON’T know why you are interested in it at all. Everyone around here is a millionaire anyway.”

“CLAIMING benefits while working for the queen is now as much a part of the job as bowing and curtseying.”

“IF WE thought that instead of 200 dead there, 2,000 dead would end this whole issue at once, then we would use much more force.”

“RAILWAYS are not a top priority.”

“I WARN Miss Widdecombe not to have anything to do with her.”

“Good on them. It’s about time someone took these bastards on.” 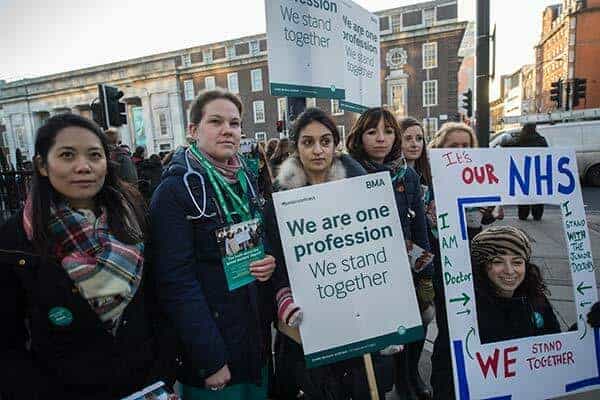 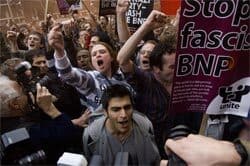