Hillsborough cop tells inquest his account of disaster was changed

A police constable on duty during the Hillsborough football disaster has told a court his account was changed by someone else. He also said that two other statements in his name were not correct.

Some 96 Liverpool fans died as a result of the 1989 disaster in Sheffield. Christopher Yates gave evidence to fresh inquests into their deaths on Wednesday of last week.

He wrote a report on the evening of the disaster that said, “I removed a male who was obviously dead from beneath the tunnel.”

The man is thought to be victim Graham Roberts.

An amendment made to Yates’ statement read, “having been dropped there by supporters”. Yates said the amendment was not in his handwriting and that he didn’t see the man being dropped by fans.

Yates made a statement to the Independent Police Complaints Commission (IPCC) in 2013. It said that the person he moved, thought to be Graham, was moved to a wall. Yates said he didn’t know who moved Graham.

The statement said, “I assume Gordon Sykes helped me to move this body but I’m not too sure. This was the body of Graham Roberts and we moved him and placed him near to a wall.”

Yates said he couldn’t recall saying that in a statement. He said he didn’t move Graham to a wall and did not tell the IPCC that Sykes had helped him move a body.

Michael Mansfield QC asked about a statement made by Yates to West Midlands Police in August 1989. It said, “I next saw this deceased amongst a line of bodies laid at the rear of gate C alongside the river.”

Yates told the court, “That is not my statement.”

The court also heard that a police officer and off-duty doctor restarted victim Tony Bland’s heart on the pitch. Tony was in a coma for four years after the crush before he died.

In a statement police officer Steven Plows said, “We were able to start his heart. He could not breathe unaided.”

Plows said he gave Tony mouth to mouth resuscitation until an ambulance arrived.

Police constable Paul Jenkinson was in the ambulance with Tony. He said, “My recollection is that he started breathing just as we were at the hospital.”

Dr Rani Naidoo and registrar Steven Hunter decided not to intubate Tony – put a tube in his throat – and ventilate him at Sheffield’s Northern General Hospital.

Naidoo said, “He was breathing spontaneously at that moment, he didn’t require ventilation at that time.”

Hunter told the court, “There were a lot of people whose breathing rate was worse.”

David Menon, a professor of anaesthesia from Cambridge university, gave evidence on Monday of this week. He told the court, “Unless the circumstances were limited by resources, he should have been intubated and placed on a mechanical ventilator.”

Allan went to a mobile police station in Sheffield. He said, “There was a police officer who had a list of names of people who had been taken to hospital, but he would not let me check to see if Tony’s name was on the list.

“Instead I was taken into a cabin where I had to look at photos of 33 dead people. I still remember that feeling when I thought I saw Tony’s photo on the board, but it was not him.”

Allan later discovered that Tony’s name had been on the list all the time. “It was just awful,” he said. 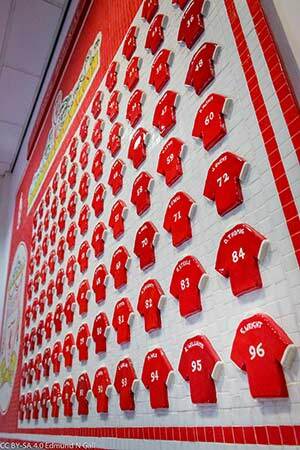