Message from the US

RARELY HAS Ford looked as vulnerable as it does now. A debacle which began in the US in early August is still unfolding over the recall of some 6.5 million defective tyres produced by Ford supplier Bridgestone/ Firestone.

Jac Nasser, Ford’s president, has been making nightly appearances on national TV networks in an unprecedented attempt to quell “public hysteria” and shore up the corporation’s public image. “There are two things we never take lightly…your safety and your trust,” he said. This touching concern has been prompted by some 750 accident reports including 62 deaths caused by defective Firestone tyres mounted on Ford SUVs.

Some 6,000 UAW workers are being laid off for two weeks at three plants in the US in order to cut back production to free up replacement tyres. Meanwhile the United Steelworkers of America, which represents workers at Firestone plants, has seized the opportunity by threatening an all-out strike if management refuse to accept a new contract under negotiation.

Since the “Battle of Seattle” American workers have shown increasing confidence in fighting back against the system. The last thing Ford wants right now is to be faced with any strike action anywhere, especially strike action with the potential to disrupt its entire European operation.

The workforce at Dagenham has never had a better chance of giving Ford a bloody nose and of rolling back its plans to close the plant, than it does now. The union leadership at Dagenham cannot afford to squander this chance with delays and indecision. The multinationals can be beaten!

I WAS very impressed with the front page of Socialist Worker (26 August) on the great debt betrayal. But there is another side to the debt scandal. Not only do countries like Zambia have to pay millions of pounds each year in debt interest, but their economic plight means that the World Bank/IMF can force them to adopt right wing economic policies.

This is supported by the likes of the Blair government. The copper industry meant that Zambia was Africa’s second richest economy, and it provided half the government revenue in the early 1970s. However, because it was deemed that insufficient progress was being made in privatising this industry, British aid was cut to a third of its previous level in the mid-1990s.

The Blair government continued this blackmail. A country strategy paper on Zambia published last September managed to mention the failure to privatise the copper industry in three of the four paragraphs of its summary.

This pressure was eventually successful and earlier this year the copper industry was sold off, or rather given away. In the first of two deals no money will change hands. In the second payments to the government will not start until 2003.

I HAVE listened with interest over the last few weeks to the reporting on TV and radio about the A-level and GCSE results. However, I am disappointed at the slant that is being taken of finding that girls have done better than boys.

Instead of applauding girls there seems to be an almost hysterical reaction and an assumption that boys are now failing. Of course if this is the case the issue needs to be addressed and, as a teacher, I know there are issues about underachievement amongst boys throughout their school careers.

But the point should be made that perhaps after years of low ambition and lack of opportunity, girls are now becoming more confident about their future. In the past life for the majority of girls was mapped out in advance. It was believed they were less intelligent and that their place was in the home.

Now, although that attitude is still to be found, it is certainly not found amongst today’s young women and girls. Maybe at long last girls are beginning to realise their potential, and are more motivated.

The attitude of the media and the government has been sexist and offensive in my opinion, and has undermined a success that should be celebrated.

THE RECENT leaked document by Royal Mail director Mick Linsell states that there should be thousands of job losses over the next few years. This must be another clear indication that the Post Office is to be given the back door privatisation treatment.

Following their recent trouble in London and other areas over the Way Forward and office revisions, the union’s membership should be warned about Mr Linsell. He previously worked for Parcelforce and brought in terrible working conditions and practices for union members.

A RECENT report in the Coventry Evening Telegraph highlighted the scandal of how people with learning difficulties are working on council-run projects and being paid just 1.50 or less. Sean McDonald, for example, takes home 45p after a week’s work at a farm run by Coventry City Council.

He is paid 5 a week to carve wooden animals. But he has to pay 4.55 out of that for the social services minibus which takes him to work. Others pack fan belts or label bags for major companies in council-run projects. Their pay starts at 6 but ends up as 1.45 after they also have to pay for transport.

They do not rely on the cash to live-they get government disability benefits. But, as the newspaper report said, they feel the amount they are paid by the council is insulting. Sean McDonald told the paper, “We feel worthless and exploited.”

Edward Ellis is paid 6 as a packer at a council workshop in Canley but 4.55 of that goes on transport. He says, “The 1.45 I take home after paying bus fares is terrible and disgusting.” The council admits the pay should be more but says the social services budget is already overstretched.

I READ online about the Oxford University Press strike and I wanted to know if you had any contact info for these strikers. I am the picket captain at the University of Toronto Press strike here in Canada.

We have been on strike for 79 days and counting against a wholly owned subsidiary of Canada’s wealthiest university. Management is out to bust our union of student-workers. I would very much like to pass along our support for their struggle.

THANK YOU for your important and powerful piece setting the record straight about Kosovo (Socialist Worker, 26 August). I’m afraid we’ll never see this kind of information in the corporate media. The truth has been coming out for some time.

What are we to do about the monstrous actions of the NATO alliance? How are we to diminish its power and influence or change its nature?

THE POINT is not just that Richard Branson’s got the lot(tery), but that we’ve given it all away. Transport should be public. Good causes should be paid for through progressive taxation. A healthy society needs more than hot air balloons and scratch cards.

THIS IS the UNA’s “culture of peace” year, an international campaign with a petition focusing on sustainability and solidarity. UNA’s members and associates seek a million pledges from each country. But Brazil has 1.1 million and Algeria 1.28 million signatures already.

Each signatory withdraws their consent for governments to wage warfare and oppression. The response to the petition is an indicator of the mood of millions of working people all over the world.

THE SICKNESS of paedophilia will not be wiped out in the hysteria of a witch-hunt. Capitalism turns people into commodities. We become alienated from our true nature.

When an abhorrent crime takes place the system further reinforces this division. It puts out a lynch mob ideology through the organs of the media. This just deflects our attention from building a progressive world for future generations. 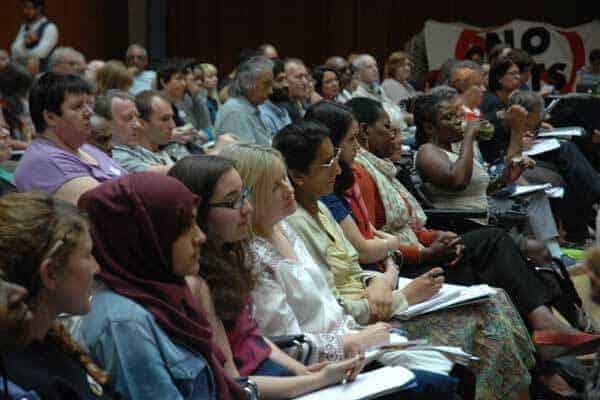 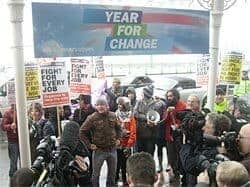