Holding on to staff?

Holding on to staff?

I AM a student nurse at UCLH hospitals in central London. The trust has decided to close the halls of residence, the Rockefeller, where I and 100 others live.

It is essential that this building stays open to provide affordable accommodation (Socialist Worker reported on the housing crisis last week). Private accommodation is too expensive for students and NHS staff. The New Labour government claims that it is investing more in the NHS. The reality in hospitals is quite different. How can the government be prioritising recruitment and retention of staff when the amount of housing for them is being reduced?

The money needed to renovate our halls would be trivial compared with the millions being drained by the PFI companies at the trust. These include Balfour Beatty, which will extract millions in profit from the construction of a new hospital. The consensus in the halls is that the trust has made a gross mistake. The halls contain many unoccupied rooms. These could be renovated to provide a home for 300 or 400 people.

I have been talking to some of the hospital staff. We are planning a London-wide staff and student meeting next month. I would be grateful if any student nurses reading this could contact me on 07752 681 383 if they are interested in coming to the meeting.

I AM a sociology graduate who after leaving university found myself unable to afford a place to live. Even one-bedroom flats exceed 60,000.

To rent costs at least 350 a month, and many landlords want the first six months rent upfront plus a deposit. It would seem as though the government is attempting to take away the land from the people with high priced houses and even higher rents.

Pool fight for our rights

STRATHCLYLDE police are further trampling on our civil liberties following their massive violent attack on the picket outside Govanhill’s Calder Street Baths in Glasgow two weeks ago.

Their own surveillance videos have failed to turn up any proof that the action taken by the people of Govanhill was really the work of “outside agitators”. So the cops have demanded that the BBC and STV hand over their video footage as well.

When television channels are forced to become an auxiliary wing of police surveillance, society really has taken a huge step towards a police state. Previous occasions when police have made this kind of demand have been in response to serious confrontations, such as in Welling.

Never has such a demand been put forward in relation to a community campaign. This is a development that should cause us all grave concern. STV has buckled to the pressure and handed over its tapes. The BBC is taking the matter to the High Court.

The pool campaigners are demanding a full parliamentary inquiry into police violence and racist abuse during the attack on the picket.

Trial was a sham

MIKE TAYLOR, a friend of mine, is the Bristol treasurer of the National Union of Journalists. He was convicted earlier this year of organising a demonstration at Heathrow airport to stop the deportation flight of Amang Gafor, a mentally ill Kurdish refugee.

The conviction was appealed against and taken to Isleworth Crown Court two weeks ago where Mike faced a retrial. The prosecution was a mockery. All three police officers involved had “lost” their notebooks. The CCTV relevant to the trial was erased within a day of the protest at Heathrow. The police photographer had even lost both his rolls of film of the arrest.

As a teenager I find it upsetting that the state showed its true colours in the trial in kicking back against the working class like this. The case will finish on 5 October when the judge will issue the sentence. Five trade unions, four MPs, British Airways pilots, air traffic control workers, Rolls-Royce workers and countless members of the public have all shown their support for Mike.

This trial isn’t just about an individual. It is about everyone’s right to unite and protest in defence of asylum seekers. I’ll be on the protest outside the court.

Support for Oldham from Notting Hill

MEMBERS OF West London Anti Nazi League enjoyed a great day’s campaigning at the Notting Hill Carnival, proving that serious politics can be seriously good fun. About 5,000 ANL stickers were distributed, nearly all our leaflets were handed out, hundreds of signatures were collected, and a total of 287.45 was raised for local and national ANL funds.

The Committee to De- fend Asylum Seekers also won considerable support. It was encouraging to be asked by people from all over Britain what activities the ANL was doing in their local areas. It was a great opportunity to promote the Oldham carnival on 20 October.

Congratulations to all the ANL members, the members from the Committee to Defend Asylum Seekers and everyone else who took part.

A GROUP of us ran an Anti Nazi League stall at the Reading Festival over the bank holiday weekend. The response from the predominantly young crowd was excellent. People were queuing to sign our petition against the Nazi BNP. We had loads of serious discussions.

There was a strong anti-racist sentiment and people generalised from that to talk about opposing capitalism. We collected many names of people across Britain who want to go to the ANL carnival in Oldham. They could see why it is important to have a big showing.

WE ARE searching the globe for teachers, doctors and consultants. We are pleading with the Third World to let us have their nurses.

We are arranging to have our patients treated abroad in hospitals with spare beds. Would it not be better to bring in politicians from abroad to run the country?

I HEARD on the radio that workers in Britain get just eight bank holidays but everywhere else in Europe workers get 12 or 14. Our beloved prime minister only sees fit to give us an extra bank holiday next year because the queen is celebrating 50 years of living in luxury.

The bosses’ CBI have told the TUC that in “a time of an increasingly competitive global economy this is not the time to be making us less competitive”. Nice of them to confess where all their profits come from-us.

PENSIONERS IN Barnsley have been fighting against the council bringing in warden and intercom charges of 2.35 a week since January this year. Those who are not on benefits are being forced to pay. We have been told that the government will say in 2003 whether it will pay for warden charges nationally.

Two years is too long to wait. We set up our group in October last year to fight to restore the link between pensions and earnings and have taken a variety of forms of action since. We would appreciate support from individuals and contacts with other groups.

THE MEDIA reported last week that top bosses’ pay is increasing by record amounts. So I took time to work out my last pay increase on my unemployment benefit. Just over 1-that makes roughly 2.1 percent. Oh, I forgot inflation, which is higher than that.

Yet big bosses get 28 percent for doing less than me. They will never have the worry of losing their benefit, and certainly none of them will ever have been on New Deal. I am not a bitter person. But one of the main reasons why I joined the Socialist Workers Party is because I am sick of being unemployed.

BNP will not conscript me

I HAVE always opposed the BNP for their disgusting, racist policies. But until last week’s article in Socialist Worker it has never been so clear to me how I would be affected personally.

Assuming I were to survive the testing process and prove my “Englishness”, according to their website I would then have to forfeit the university education I have been working towards for the last 15 years.

In its place would be national service, time spent in national armed forces that drill out independent thinking and train people to kill. Their justification is that it would give “a sound training in citizenship”.

I for one would never call inflaming racial hatred, encouraging beatings and denying the Holocaust being a good citizen. This policy by the Nazis is another reason to oppose the BNP wherever we can.

WE RECORD with sorrow the death of Anna Boguslawska. Anna was an active Polish Co-operator before the war, ran a Home Army canteen during the Warsaw Uprising of 1944, and came to England as a refugee in 1947.

Initially convinced of reform socialism, the experience of the Solidarity movement in Poland in the 1980s convinced her of the revolutionary socialist case.

She translated several Socialist Workers Party publications into Polish for our comrades there. Sympathies to Ewa and Colin Barker and their family. 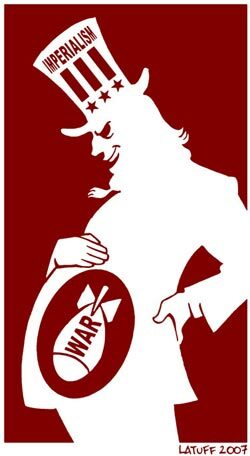 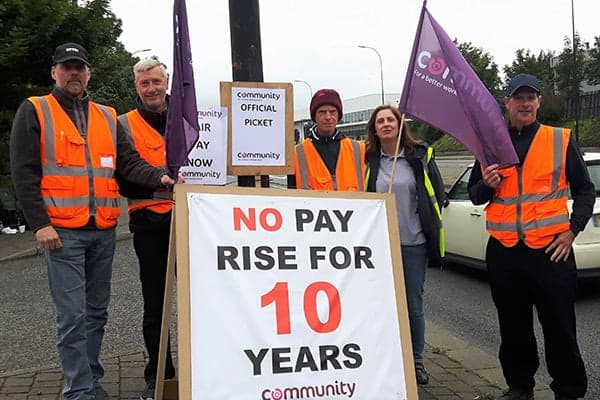