Hospital jobs to be axed

This article is over 11 years, 10 months old
More than 600 jobs are set to be axed at the Royal Berkshire hospital in Reading—one in eight of the hospital’s workers.
Downloading PDF. Please wait...
Tuesday 10 August 2010

More than 600 jobs are set to be axed at the Royal Berkshire hospital in Reading—one in eight of the hospital’s workers.

And 300 more are to go across Liverpool’s University Hospital Aintree, Fazakerley hospital and Walton hospital.

In Reading bosses claim the jobs will be lost through “natural wastage”, meaning not replacing staff who retire or leave.

But they admit it may mean compulsory redundancies.

They also claim the workers cut will be “backroom”, “administrative” staff—as if such work wasn’t an essential part of making a hospital run.

And in Liverpool they say 300 is a “projection” that may increase if more people come forward for voluntary redundancies, or go part-time.

These are just the latest cuts announced as slash-and-burn accelerates across the NHS.

Last month the Royal College of Nursing found that at least 10,000 jobs are already earmarked to be cut, according to NHS documents. The figure has doubled since April.

This makes a mockery of the Tories’ lie that the NHS budget is “ringfenced” from cuts.

The Tory coalition is stepping up its piece-by-piece sell-off of the NHS with a plan to privatise a huge agency that provides workers to the health service.

NHS Professionals, a nationalised firm, has more than 50,000 nurses and other health workers on its books and fills two million shifts a year across the country.

Now the government is seeking private “investment” in it.

But Karen Jennings, the Unison union’s head of health, said the agency “was set up because private agencies were ripping off hospitals by charging them outrageous fees for recruiting or finding staff for shifts.”

Unison is launching legal action to try to stop the sell-off. 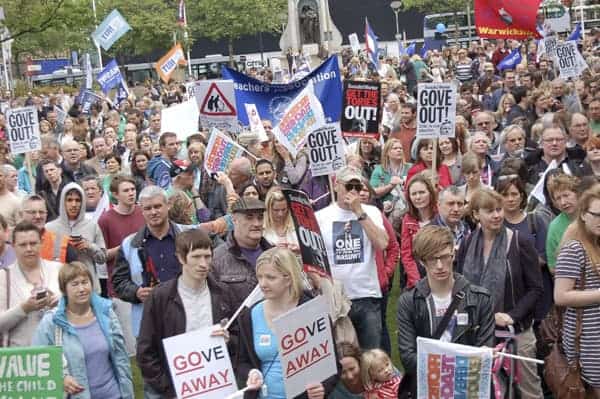 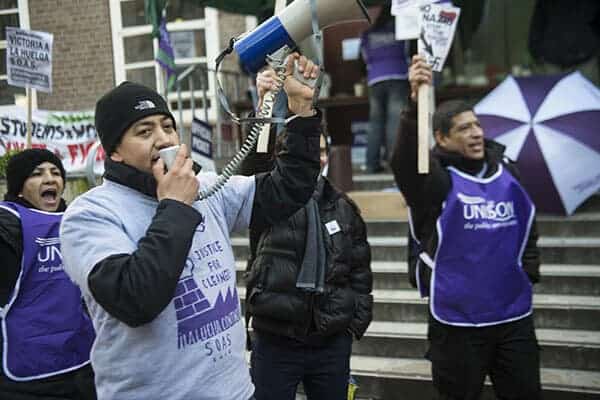