The House of Lords debated a bill last week that would legalise assisted suicide for some terminally ill people.

They agreed further debate, but David Cameron indicated that MPs might not get to discuss it before the election. Campaigning by people with chronic conditions in part pushed the issue onto the agenda.

One sufferer of locked-in syndrome, identified only as Martin, told the High Court last year that, “Almost every aspect of my life is outside of my control. I want, at least, to be able to control my death.”

There has been bitter opposition from very different quarters. The religious right and anti-abortion bigots have led the charge. But disability campaigners, including Disabled People Against Cuts, have also protested against the bill.

They’re concerned it could open the door to disabled and elderly people being forced or pressured to end their lives. Such pressures exist regardless of the law in a society that only values peoples’ ability to generate profit.

But threatening the families of people who choose to control their own deaths with imprisonment is no solution. 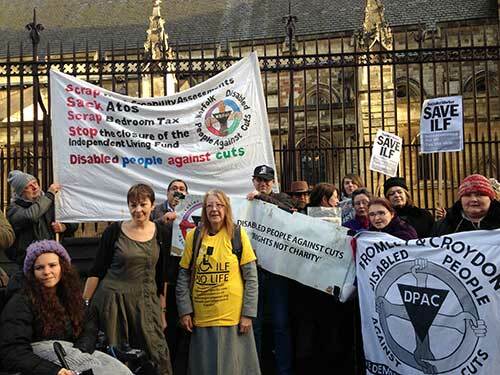