The bill is a major attack on council and social housing. It will do nothing to solve the housing crisis.

The meeting was more than twice the size of the previous one in December. It had a broader spread of tenants’ and travellers’ groups, councillors and others.

Organisations including Defend Council Housing called for actions against the bill throughout its passage in the House of Lords over the coming weeks.

These include local meetings and protests, with a march from south London to Downing Street on Saturday 30 January.

A weekend of action on estates—particularly those threatened with demolition—was set for Saturday 13 February and Sunday 14 February.

Housing campaigners had called a national March for Homes in London for Saturday 16 April.

But they were forced to change the date after the People’s Assembly called its own march that day.

People at the meeting welcomed another mass march against austerity, but were concerned at the lack of coordination.

The March for Homes will be changed to a new date in March. 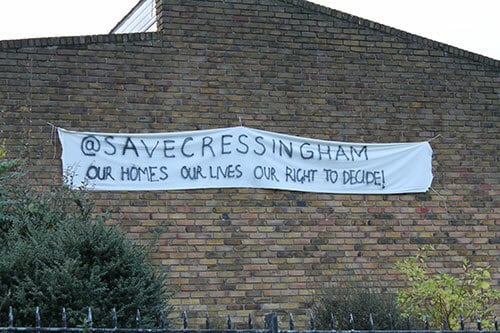 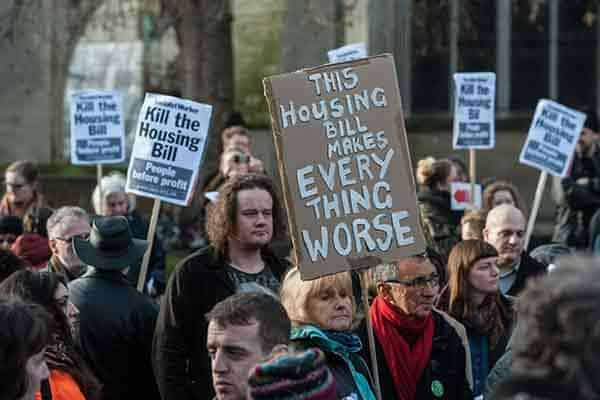 'Tories are using housing as a weapon in their class war'