How Israel has murdered peace

How Israel has murdered peace

THE NEW explosion of violence between Israeli troops and Palestinian protesters has sent shockwaves around the world. Over 280 people, more than 90 percent of them Palestinians, have died, and the much-heralded peace process between Israel and the Palestine Liberation Organisation (PLO) has been virtually cancelled.

The new book The End of the Peace Process, by the Palestinian writer Edward Said, explains why the peace process is not a solution to the present crisis. This book is a collection of 50 essays written by Said over the last five years which “chronicle the final official chapter of the Oslo peace process and show how it cannot lead to a real peace”.

The Oslo accords between Israel and Palestine were signed in September 1993. The deal was welcomed by the leaders of both sides, US president Bill Clinton and the media as the only way to bring about justice for the Palestinians and real peace to the region.

Palestinians were given autonomy in parts of the West Bank and Gaza. These are areas of historic Palestine that Israel invaded in 1967, and which have been known as the Occupied Territories since then. The autonomy process was supposed to lead to the creation of a full Palestinian state. Yasser Arafat, the leader of the PLO throughout its 25-year armed struggle against Israel, became the head of the new Palestinian Authority (PA). Jewish settlers forced around 750,000 Arabs to flee from Palestine in 1948. They then set up the Jewish state of Israel, to which every Jew in the world has the right to return. Palestinian refugees have no right to return. Palestinians call this event the “nakba”, or catastrophe.

Said shows that the Oslo deal has done nothing to improve the conditions and political freedom of ordinary Palestinians. Palestinians have lived in apartheid conditions in Israel and the Occupied Territories for the last 52 years. They are second class citizens subject to Israeli dominance.

Israelis see Palestine as belonging solely to them. They want to control as much of the area as possible without recognising the rights of the Palestinians. Israeli leaders have demanded further concessions from the PA and screamed about the PA curbing “Islamic terror” while retaining the right to use extreme force against Palestinian civilians.

UNDER THE Oslo agreement the Palestinian Authority at first gained control of only 3 percent of the West Bank. This rose to 17 percent in later agreements plus around 60 percent of Gaza. Israel remained in control of the roads, resources and huge areas of land that it occupied in 1967.

The areas under Palestinian control are completely overshadowed by the surrounding Israeli territories. Said describes them as “bantustans” after the supposedly autonomous states in apartheid South Africa, which in reality were controlled by their parent state. Said describes how when he drove from Ramallah in the Palestinian area to Israel it was like going straight from Bangladesh into southern California, The number of Israeli settlers in the Occupied Territories has doubled since the signing of the peace deal. There are now around 350,000 Jewish settlers and 144 settlements on Palestinian land.

The 1995 Hebron agreement gave 450 Jewish settlers virtual control over the Arab city of Hebron, which contains 120,000 Palestinians. The settlers, 0.3 percent of the population, were given 20 percent of Hebron’s best land. The Israeli army was given free run of the city and the hills surrounding it. Israeli forces have removed land from Palestinians throughout the West Bank and Gaza on many occasions since 1993.

SAID, WHILE always attacking the hypocrisy and oppressive force of Israel, which is backed up by the US, is also the fiercest critic of Arafat and his corrupt PA. Arafat and the Palestinian negotiators have made concessions virtually every time they were demanded by Israel and the US. The question of the West Bank and Gaza became a matter of detailed “give and take by both sides” rather than cases of clear injustice where Israel should simply withdraw.

There is no real democracy in the Palestinian area. Arafat makes every decision and controls the whole budget. A small minority of Palestinians have been enriched by Arafat’s rule while the vast majority continue to live in poverty. Many of the elite come from a bloated bureaucracy of “about 90,000 people, many of them without real jobs except for a title (750 directors general of ministries to cite one example) and a salary”.

There are 13 different security forces which have carried out internal repression against those who criticise Arafat or the peace process. Arafat even used the Emergency Defence Regulations, which were passed by the British forces in 1936, against his own people to crush a Palestinian uprising. Arafat had the editor of an Arab newspaper jailed for a week in December 1995 because he put flattering comments about Arafat on page three rather than page one.

In August 1996 all of Said’s books were banned from Palestinian-controlled areas because of his criticisms. The minister of information, Abd Rabbo, an old friend of Said’s, signed the censorship order.

Said rejects the current peace process as any solution to the situation of the Palestinians. Implicit in the peace process is the assumption that Jews and Arabs cannot live together. Said sees the histories of both Jews and Arabs as inseparable. Jews have been historically oppressed, an oppression which culminated in the Holocaust in Nazi Germany, and now Israelis are oppressing Palestinians.

A TWO-state solution cannot occur without massive transfers of people across boundaries. There are one million Palestinians, 20 percent of the population, living in Israel as well as the huge numbers of Israeli settlers throughout the Occupied Territories. As Said says, “Palestine is and always has been a land of many histories. It is a radical simplification to think of it as principally, or exclusively, Jewish or Arab. In fact, then, there is little historical justification for notions of national or ethnic and religious purity today. Palestine is an irreducibly mixed place.”

Said argues for a democratic, secular state where Jews and Arabs have equal rights and citizenship. He sees the only possible force able to bring this about-the new generation of Arabs who are questioning and critical of Arafat, Israel and the certainties of the past.

The current intifada, or uprising, with its high involvement of young Palestinians who have grown up in poverty and oppression, has proved him right. Anybody who wants to understand the reasons for the current Palestinian rebellion and the solution to the problems in the Middle East must read this book.

NEW PAMPHLET ON PALESTINE, ISRAEL AND THE MIDDLE EAST
by Anne Alexander

OUT SOON-order from your Socialist Worker seller, or from Bookmarks, 1 Bloomsbury Street, London WC1B 3QE 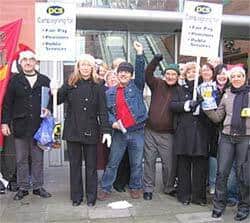 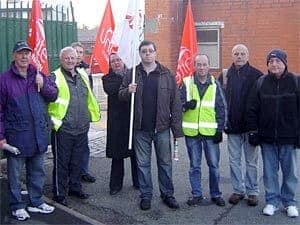