How long before Greece defaults?

This article is over 10 years, 4 months old
World stock markets tumbled on Monday as the rich feared that Greece would default on its debt.
By Ken Olende
Downloading PDF. Please wait...
Tuesday 13 September 2011

World stock markets tumbled on Monday as the rich feared that Greece would default on its debt.

Only last week, Jurgen Stark, the top German official at the European Central Bank (ECB), resigned. It is no coincidence that he was a hardliner who has been calling for greater austerity in Greece.

Bankers are angry that the austerity measures they demanded aren’t being implemented because of mass resistance across Greece.

The Greek prime minister, George Papandreou, tried to quell fears that the country would leave the eurozone. “These scenarios are not serious,” he said.

He believes the rich countries won’t let Greece be pushed out as that would “create a domino effect, a pressure on other countries.”

Greek workers are refusing to pay for the bankers’ crisis.

They have already put the privatisation and austerity programme demanded by the new bailout way behind schedule.

The Greek government is desperately trying to raise money, partly by selling bonds that will see it pay money back at exceptionally high rates of interest—129 percent for three years.

Many analysts believe these rates are so high that the government cannot seriously believe it will ever have to repay them—increasing fears that the country will default.

The money used in the bailout goes to the big banks, not ordinary people in Greece who are at the cutting edge of austerity attacks affecting workers across Europe.

Greece is a relatively small economy, but our rulers fear the crisis spreading to larger countries like Spain and Italy.

And Italian prime minister Silvio Berlusconi’s attempts to push through austerity measures there are being met with mass resistance.

The European ruling class is split. Only two months ago a new Greek bailout supposedly ended the immediate crisis.

Some in the richer countries are considering the practicalities of a smaller eurozone made up just of stronger economies.

But the danger for them is how many countries would be too weak to join. The position of Portugal, Italy, Spain and Ireland is already in question.

Others are determined to keep the eurozone as the only way to compete with economies like the US and China. None of our rulers’ plans offer any kind of solution. 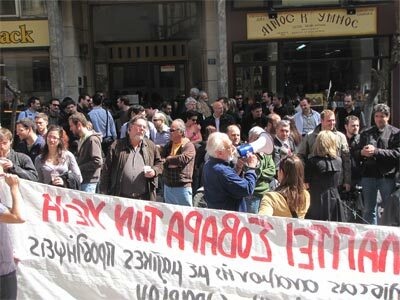 After the bailout-1,000 jobs go every day 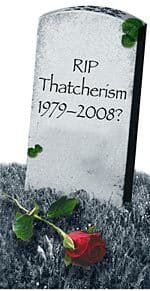 Time to bury the free market