How many Tories does it take to change a lightbulb?

This article is over 12 years, 8 months old
In the past aristocrats used to have serfs to clean their moats. For at least one Tory, it seems that nothing has changed.
Downloading PDF. Please wait...
Tuesday 12 May 2009

In the past aristocrats used to have serfs to clean their moats. For at least one Tory, it seems that nothing has changed.

John Gummer also used our money for his mole problem – claiming £100 a year for it and £9,090 a year for gardening.

Sir Michael Spicer claimed £5,650 in just nine months for his gardening and hundreds of pounds for hanging a chandelier in his manor house.

David Heathcoat-Amory made us pay for his shit – with £380 claimed for horse manure for his garden.

Meanwhile Michael Ancram, the Marquess of Lothian, claimed over £14,000 a year in expenses while owning three properties, none of which have a mortgage, worth an estimated £8 million.

But it’s not all about the country highlife. David Willets is reputed to be the cleverest Tory in parliament. He claimed expenses to have 25 light bulbs changed.

Michael Gove pocketed £20,000 in a year after ­moving around his second home allowance.

Around a third was spent with Oka, an upmarket design company founded by David Cameron’s mother-in-law, Lady Annabel Astor.

These costs included £134.50 for a pair of elephant lamps and eight coffee spoons and cake forks at £5.95 each.

Several months later the MP moved and transferred the ­allowance to a new property in Surrey.

Then he used £13,259 of our cash to cover stamp duty and moving costs. 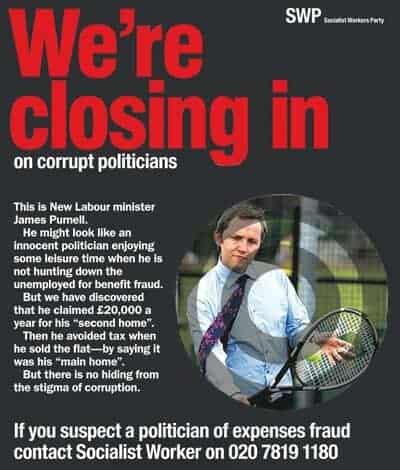 Ministers cash in on schemes

How MPs use second homes

This is not true democracy