The movement against a youth employment law – know by the acronym CPE – in France has been on the rise for the last week with huge demonstrations and more and more universities on strike, blockaded and occupied.

More worrying for president Jacques Chirac has been the involvement of school students. Some schools have been blockaded by their students, others occupied overnight or shut down on Thursday, Friday and Saturday.

Everywhere you go people have been talking about the new law – at work, in bars, at home.

So everyone was expecting the demonstrations on Saturday 18 March to be big – but they were absolutely massive. They were of a completely different quality to traditional trade union protests.

There were estimates of 1.5 to two million people being involved nationally. The 350,000 strong demonstration in Paris had a similar feel to the demo of a million people against the electoral success of fascist Jean-Marie Le Pen in 2002.

People turned out in huge numbers – all ages, families, colleagues from work and students.

They had a quiet determination to show the government by their presence that enough was enough.

Other parts of the protest, particularly from the universities, showed the same enthusiasm and determination as in previous weeks, with chanting, shouting and clapping.

This movement has grown slowly but surely after a long period of argument and debate.

The student protests have attracted the support of a wider layers of people who see the CPE as an attack on all workers. A teacher exclaimed on the march, “We’re fed up, right across the board.”

At the end of a long afternoon, as the news came in from the rest of the country, the feeling was that the government would have to cave in.

Even the most moderate trade union leaders have been talking of the possibility of a one day general strike if the government doesn’t withdraw the law.

The national student coordination, assembled on Sunday, called on workers to strike on Thursday of this week and join them in a huge demonstration.

The union leaders had given the prime minister Dominique de Villepin until Monday of this week to withdraw the bill. However, the threatened general strike may be reduced to a day of action with stoppages and will almost certainly be put back a week.

Despite this backsliding, the government could still be defeated. For months now, activists on the left have been hoping that the government in its arrogance would overreach itself.

Having won victories last year over social security reform, privatisation and a new contract for workers in small companies without much response from the unions, the government pushed ahead with the present law for young people.

Locked in a competition with his interior minister Nicolas Sarkozy for the presidential elections next year, Villepin has tried to set himself up as the hard man ready to press on with the neo-liberal agenda.

Despite warnings from the bosses’ organisation and others on the right, he decided to take on university and school students, a volatile and unpredictable sector of the population.

The final mistake for the government was to have alienated François Chérèque, the more than moderate leader of the CFDT, the second major union federation, by refusing to negotiate.

This explains Chérèque’s readiness to threaten militant action. Now it’s up to the students and rank and file workers, and their ability to draw in wider forces to push the union leaderships to call on the action needed to win. 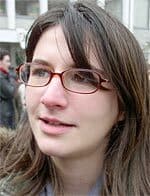 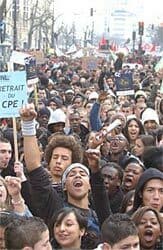 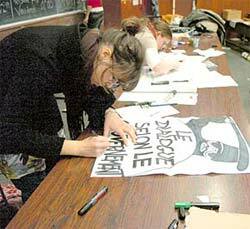 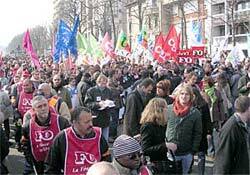