Huge march in Haringey against cuts

This article is over 11 years, 0 months old
"Sack the bankers, not the workers." That chant rang out through Wood Green Shopping City, in Haringey, north London, on Monday as 1,000 teachers, council workers and anti-cuts campaigners marched on Haringey Civic Centre.
By Simon Hester
Downloading PDF. Please wait...
Thursday 20 January 2011

“Sack the bankers, not the workers.” That chant rang out through Wood Green Shopping City, in Haringey, north London, on Monday as 1,000 teachers, council workers and anti-cuts campaigners marched on Haringey Civic Centre.

It was a magnificent and vibrant show of opposition to the proposed £87 million of cuts that will lead to over 1,000 job losses. The march was called by the council trade unions—NUT, Unison, Ucatt and Unite—and all the unions were well represented.

At least one primary school was completely shut down to allow all staff to attend, and there was a large contingent of maintenance workers employed by the “arms length” Homes for Haringey.

Labour councillors were on the march, reflecting the breadth of opposition to the Con-Dem cuts. But the tightly controlled rally brought out real tensions over the direction of the movement.

Clare Kober, Labour leader of the council, spoke amid widespread heckling as she defended Labour’s role in cutting jobs and services. Some trade unionists addressed the rally, but other local trade unionists, who are also facing massive cuts, were prevented from speaking.

Later, Jenny Sutton, local UCU branch secretary, spoke on behalf of a delegation of Haringey Alliance for Public Services activists to the full council meeting. She called on the councillors to refuse to implement the cuts. “If you decide to cut off hands, they’ll only come back demanding you cut off arms and legs as well.”

She pointed out that there are real alternatives to the cuts – taxing the rich and scrapping Trident – and said that instead of providing a “dented shield” to limit the cuts as Labour councillors claim, in reality they were providing a “human shield” for the Tories. See the speech on the council website.

There was agreement that we can all work together to build the biggest possible turnout for the TUC demonstration on 26 March. 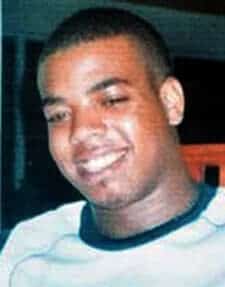 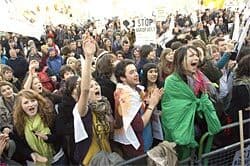