Huge rise in number of children in severe poverty

This article is over 12 years, 0 months old
Child poverty in Britain was rocketing even before the recession, new research has shown.
Downloading PDF. Please wait...
Tuesday 26 January 2010

Child poverty in Britain was rocketing even before the recession, new research has shown.

The Save the Children charity produced the report.

It defines those living in households with less than the average income, who do not have basics such as a bed and a winter coat, as suffering from severe poverty.

Child poverty continues to rise—despite Labour’s promise to end it completely by 2020.

The report estimates that this shocking figure has risen by another 100,000 since the start of the recession. 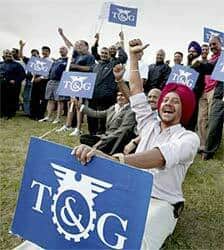