The fracking company was holding a question and answers event ahead of its planned development of a well in the village.

Company bosses sneaked in with heavy security long before the protest started, clearly frightened of facing the crowd.

Another said, “We need political parties to support us but they’re too wrapped up in what’s happening with Brexit.”

Cath from East Yorkshire said, “We need people on the ground. We need the locals involved, but we also need to unite our campaign nationally because the other side are most certainly united.”

The protest came after footage emerged online showing police joking about the arrest of protesters at the anti-fracking camp in Preston New Road, Lancashire.

Members of the local protection camp in Kirby Misperton vowed to stand in the industry’s way.

Local anti-fracking groups are also backing the coach to the Tory Party Conference demonstration on 1st of October. 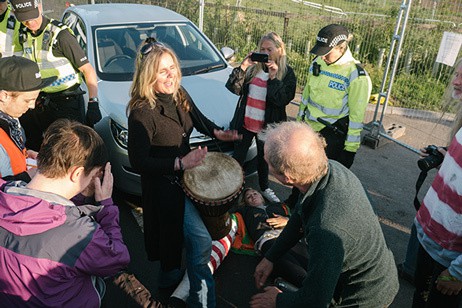 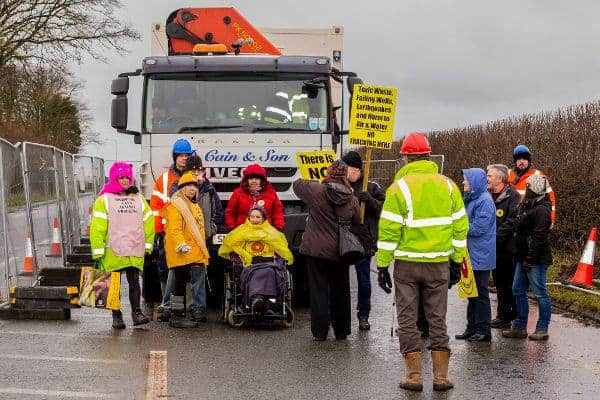 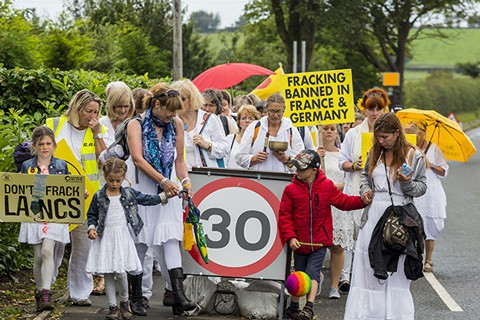