Hustings cheers Lindsey Germans’s fighting talk at the Base

This article is over 13 years, 11 months old
Young people in Brixton, south London, packed into a mayoral hustings meeting at The Base on Monday.
By Guy Taylor, campaign manager for Lindsey German
Downloading PDF. Please wait...
Tuesday 12 February 2008

Young people in Brixton, south London, packed into a mayoral hustings meeting at The Base on Monday.

The mainly black audience was angry that The Base will be closed in two weeks’ time due to funding cuts. The centre houses theatrical and music projects and is used by around 300 young people.

Lindsey German, Respect’s mayoral candidate, got a great response from the audience. She was cheered when she called for the community to occupy the centre.

Val Shawcross, a Labour member of the London Assembly representing mayor Ken Livingstone, said that there wasn’t much that could be done to save it.

People also raised questions about stop and search, which Respect is opposed to. Lindsey pointed out the hypocrisy of the mainstream parties closing facilities for young people, turfing them out onto the streets – and then criminalising them.

Respect members were standing in by-elections in Preston and Waltham Forest, east London, this Thursday. For details of the campaign and reports watch this site 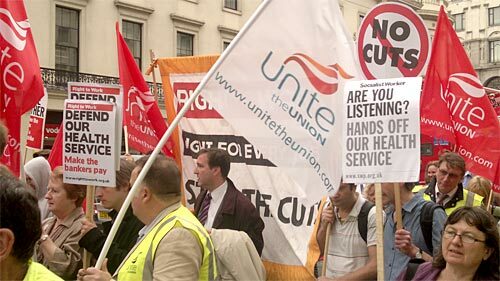 London health service march: ‘We won’t allow them to dismantle the NHS’