‘I won my job back with union support’

This article is over 17 years, 8 months old
PAUL TURNBULL, the CWU union area processing rep at Cambridge Mail Centre, has won an appeal against sacking. This follows the reinstatement of two workers in east London. The decision was unanimous-even the management rep voted to reinstate him. He to
Downloading PDF. Please wait...
Saturday 15 May 2004

‘I WAS suspended at the beginning of November last year after allegations were made regarding my behaviour on the picket line during last year’s big unofficial strikes. I was then dismissed on 30 December. John Farnan, the union’s divisional rep for the Anglia region, represented me during the disciplinary hearing, and did an excellent job. But, after taking my 15 years service (and clean conduct record) into account, the investigating manager still summarily dismissed me.

Billy Hayes, my union general secretary, and Dave Ward, the deputy general secretary, both gave me their full support from the beginning. As I am a union rep the appeal went to the National Appeals Panel, where Noel McClean from the union executive represented me.

Noel worked hard on my case, and I will always be grateful to him. I spoke at a briefing of union reps just after my dismissal, and said that I would not give up fighting until I got my job back. I am proud to be able to represent postal workers, and I knew I was going to get my job back because of the magnificent support I received from ordinary union members at Cambridge Mail Centre. It was not easy, but with the support and solidarity from the CWU and other unions I have managed to retain my sanity!

I would like to thank everyone who has supported me-you know who you are if I have not mentioned you-but most of all I would like to thank the members and the reps at Cambridge Mail Centre who never doubted me and were prepared to take strike action if necessary. Thanks comrades!’

Election campaigning in Manchester for TUSC 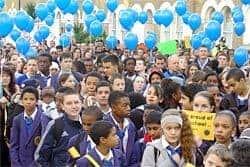